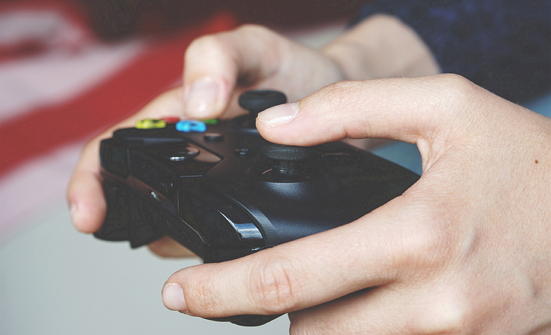 We all dream of doing what we love, and video games are what you love. How do you make money playing video games and get paid to do your favorite activity? Let’s go over some of your options so you can turn your favorite hobby into a money making cash cow!

Becoming a video game tester is a dream of a lot of serious gamers. However, for some people it may not meet your expectations — you have to thoroughly test a game and use every option at your disposal to “break” it and find bugs, glitches, and other problems. You also might get assigned to work on games that you wouldn’t ordinarily play.

If you’re prepared for those realities, how do you become a video game tester?

You need to build a resume and apply to game testing jobs. You don’t need an education to be a game tester, but if you’re planning on moving up the ranks and becoming an artist, programmer, or designer, you may want to get an education. Ideally, you should have something on your resume that proves that you’re seriously interested in game development, like open beta testing games or creating your own gaming blog.

Then, search for “QA tester” or “Quality Assurance tester” to find job openings.

You’re going to need to be focused (to play and replay a game a zillion times), detail-oriented (to notice bugs and figure out how to replicate them consistently), a good writer (to communicate with game devs), and to have a good attitude.

You also need to be prepared to work from home — many studios have you working remotely on your own equipment, which you will need to buy yourself. Some people just aren’t “programmed” to work without a traditional boss managing them, but others thrive in this environment. The decision is up to you.

Warning: There are a lot of video game testing job scams out there. Be smart when applying for jobs and don’t get hooked on something that sounds too good to be true!

To go this route you need to specialize in a particular game and get really, really good at it. This involves not only raw aiming skill, but tactical perfection.

I interviewed pro gamer Justin Goulais, who played Quake and Counter-Strike between 1996 and 2016 and then switched to Overwatch. He also owned and managed four gaming organizations. Goulais said:

“Everyone and every team that finds success at a high level of competition all have one thing in common: time. How much they’ve invested in the game they’ve chosen and how they manage it after bridging the gap from amateur to professional. There isn’t a single salaried gamer in the world that doesn’t feel it necessary to treat their craft as a full time job.

“The time you put into quality training and practice is proportional to the rate at which you’ll be able to climb the ladder from playing on public servers for fun to winning prize money in professional competitions for fun.”

If that sounds good to you, get practicing!

3. Get a Gaming Sponsorship

Pro gamers can also get corporate sponsorships. Sponsorships are one of the best and most secure ways to make money gaming.

Many people think that they can get gaming sponsorships by tagging companies on Twitter and just asking. I hate to break it to you, but this isn’t going to work. Instead, prepare like you would for a job interview!

First, learn the different kinds of sponsorships that are out there. Learn what to expect. Each type of sponsorship provides a different percentage of funds. Some only focus on something specific like insurance or accommodations, while others donate equipment for the gamers to use.

Here are the types:

Second, visit your prospective sponsor’s homepage and find their guidelines. Read them carefully! Decide if you fit the requirements and then follow all their rules. You will probably have to inform them about your project/team/personal details, how far your audience or social reach extends, and what kind of sponsorship you’re looking for. Help them understand why you can provide them with value.

Third, make sure you have the recommended or required web presence, like a GameBattles account, a YouTube channel, and a website with a domain ending in “.com.” You probably want to start streaming on Twitch as well.

Lastly, remember in all interactions to be professional!

Hint: check out HelloGamers.com for a platform that connects gamers with sponsors.

You’re the kind of person that got A’s in English class. Maybe you like to read in addition to gaming. You know the difference between “your” and “you’re,” even if you usually just type “ur.” Someday you’d like to write a book. Good news: you’re a perfect candidate to get into game journalism.

First, it’s a good idea to build up your writing resume. You don’t need to have a degree in Journalism, but education can’t hurt. The next step is getting professional: join a freelancing site (I swear by Upwork) and take odd jobs. Only do legitimate jobs– ones that pay a reasonable amount and don’t seem sketchy. Then you can look for gaming-related job openings and get your career started! You can also see if you can blog for some of your favorite publications by politely and professionally getting in contact with the editor. Bigger blogs might be harder to break into, but they usually pay way more!

Alternatively, you can create your own blog and get paid via Google Ads. This takes finding a good niche you can write consistently about and that not everyone else is covering. Then, create a professional-looking website with its own domain name and learn about SEO. (If you’re not much of a web developer, you may need to hire help.) The key is to publish quality content regularly– ideally, as often as possible.

While game journalists aren’t generally swimming in free games, once you get started you can email game companies and ask for a free copy of the game in exchange for a review. This will save you from spending all your hard-earned cash on more video games!

Remember, this is a difficult career path, but you can do it if you don’t get discouraged!

If you upload videos of yourself playing video games onto YouTube, you can enable monetization and get paid more the more popular your videos are.

Sounds easy? Wrong. It really takes having a special something to get popular and make money this way.

Usually these videos will include commentary, which is really your chance to shine.

To do this, you will first need permission from the publishers of the game. It sounds like a pain, but it’s better than having your videos taken off YouTube.

Secondly, make sure you have the right equipment and applications to play and record gameplay. This could be a serious up-front cost.

Thirdly, choose a game to play. This could be trickier than it sounds– many games have already been done to death. You may also want to avoid brand new games, as sometimes people will unsubscribe to avoid spoilers.

Then record your play time, record your commentary, and edit it together. The better the production quality the more likely you are to get popular.

Remember to Search Engine Optimize (SEO) your videos. Include the most relevant keywords for your video in its title without sounding spammy. Think: if you were trying to find your video, what would you search?

Also, learn about branding. Branding is the key ingredient to making your Let’s Plays popular enough to make you an income!

Just in case you’re not in the loop, Twitch (owned by Amazon) is a site that allows gamers to stream themselves playing, plus commentary. To log in, you can create a username or just use your Facebook information.

You have three options: you can get ad revenue, you can receive donations, or you can join the Twitch partner program– or you can make use of all three! To join the partnership program, you must have an average viewership of more than 500, broadcast at least 3 times per week, and conform to the Twitch terms of service as well as the Digital Millenium Copyright Act.

Some popular streamers bring in 20,000-50,000 streamers per broadcast. For those most popular subscribers, Twitch will give them the full subscription cost!

To create a successful Twitch channel, you need to decide what kind of channel you’re going to have. Are you going to wow viewers with your skills, or are you more in the entertainment niche? You also need to make use of the same content and branding that you would with a YouTube channel.

There are plenty of ways to make money playing video games. Its all about choosing what makes the most sense for you and giving it a shot!

What’s your plan to make money playing video games? Let us know in the comments below!

Jace Harr
Jace Harr is a writer and blogger based in New York. His favorite video games are the Binding of Isaac, Darkest Dungeon, and Skyrim.