If you’re just getting into game development, understanding where to start can be a pretty big challenge. Coming up with a cool game idea, gathering assets, and beginning the development process takes a ton of time and effort. For those of you wondering what game engine to use to begin creating your first game, we created this big list of game development and creation software to help you understand what tools you may want to research. These 37 game development tools range from minimal to heavy coding and all come with their own pros and cons. But fear not, this list is extremely comprehensive and no matter what your skill level, this list of game making software makes understanding everything you need to know quick and easy! You’ll be off to creating your first game in no time!

This is by no means an exhaustive game software list. If you find more resources, please add them in the comments below!

Sploder is ideal game making software for the first-timer. It includes an easy drag-and-drop interface and needs no coding or scripting. Your game can be downloaded and posted on other websites, but Sploder keeps the rights to the games.

Sploder, which uses Flash, has four options when it comes to games you can make: a retro arcade, a platformer, a physics puzzle, or a classic shooter.

Blender, which is free and open-source game-making software, is a full production suite for video games. It was first created by Neo Geo in January of 1995 and became free in 2003. That sounds like a long time ago, but it’s still being updated! According to its website, it features photorealistic rendering, fast modeling, realistic materials, fast rigging, an animation toolset, sculpting, fast UV unwrapping, a full compositor, simulation tools for different materials, camera and object tracking, a library of extensions, video editing, a variety of file formats, and a flexible interface.

Warning: the developers of Blender plan to make changes that will break compatibility, so keep this in mind before you start any big projects using Blender. However, Blender has the advantage of being very well-documented by its user community. For more information, check out http://blenderartists.org.

Turbulenz game development software is an HTML5 game engine that’s open-source under the MIT license. This means that it’s free to modify, self-publish, and monetize web-browser-based games that you make with Turbulenz!

Open-source Flixel is designed to be easy to use for those new to game creation software. In addition to game engine basics, Flixel includes the ability to record and play back replays, a powerful interactive debugger, a system for split screen, pathfinding and following, and easy object recycling. Flixel has been used in Adult Swim games that you might have played!

Cocos2D and its popular family of tools is free game development software that can be used to make applications for Windows, Mac, Linux, iOS, Android, and Xbox 360.

Stencyl is advertised as the quickest and easiest way to make a game, so beginners may want to start here. No coding is required, though those who know how to code can use their skills. Games made with this game making software can be played on iPhone, iPad, Android, Mac, Linux, and the web. Stencyl, however, is not free. The “starter” package allows you to publish to the web, but publishing in any other way will require an annual subscription. Stencyl claims no ownership nor collects any royalties on any games you make.

With Moai game creation software, you can create games for iOS and Android using Lua. Moai is open-source and also features cloud access. It’s been used for mobile favorites like Middle Manager of Justice, Crimson: Steam Pirates, Broken Age, and Bubble Ball 2. It’s designed for pro game developers, so it’s perfect for those of you with more experience!

Construct 2 helps you use HTML5 to create 2D games – no coding knowledge required. Construct 2 game making software is quick and easy to use, and includes a powerful event system, flexible behaviors, instant preview, stunning visual effects, multiplatform export, and easy extensibility. There are three versions: a free edition, a personal license, and a business license. The free version limits your publishing options as well as the scope of your game. The good news is that there are no monthly or annual fees: buy the personal or business version once and it’s yours for life!

The latest in the popular RPG Maker series gives you everything you could want in game creation software: an enhanced map editor, a character/enemy/skill/equipment database, new event options including playing video, and expanded default resources like a character generator. The game you make can be exported as an .exe file, meaning it can be played on any Windows system!

A free trial is available for download and the full version is only $69.99.

Open-source MonoGame allows you to write your game once and export it to a variety of platforms, replacing XNA. It has been used for several popular games, including Bastion and Fez. This game creation software currently supports iOS, Android, MacOS, Linux, Windows, OUYA, PS4, PSVita, and Xbox One, and the developers promise that even more are on the way!

MonoGame has a vibrant community for those who value peer support.

AppGameKit, like MonoGame, focuses on helping you deploy your game to a variety of platforms, including smartphones, tablets, the web, and PCs. All you have to do is code once in BASIC. Though there is a free trial, AppGameKit is available for $99 for the beginner’s pack and $129.99 for the premium pack. An AppGameKit user guide and beginner’s guide are also available for an additional fee.

As a writer, Twine is a personal favorite. Twine is designed for creative types who want to make games and interactive fiction but don’t want to learn how to code. Twine’s visual interface is so easy that users can make an entire game within a day – all you need to do is type words and brackets.

Gamefroot is an easy game creator designed for use in educational settings. Teachers can use it to teach programming to children or adults, or to make educational games of their own for students. However, that doesn’t mean that others can’t use it, especially those that need a primer on programming!

If you’re willing to share some of the profits, you can publish your game to the App Store and make some money!

Delta is a free, open-source engine made for use on Windows. It can also help you convert your game for play on Android, iOS, and the web. Basic and premium versions will be coming soon for a monthly fee. On the website linked above, you can see all the games made with Delta game development software.

According to its website, you can learn the basics of Clickteam within an hour. It features a full integrated physics engine, crossplatform publishing, community support, and hardware acceleration. Export your games to Windows, iOS, Android, Flash, HTML, and Mac. Fusion 2.5 has a free edition, as well as a paid edition with all the features and a developer edition.

GameSalad is another amazingly easy-to-use (and free!) game creation software designed for those just learning how to program. It supports publication to iOS, Android, the web, windows, and Kindle tablets.

Flowlab is a cloud-based game making software that allows you to create games for iOS, Android, and the web. Just open it up in your browser! No sign-up is necessary at all!

Unity might be the number one most popular game engine for indie developers. You can publish to 27 platforms, which is pretty much any platform you could think of! Games that you may have played made with Unity include Pokemon Go, Kerbal Space Program, Angry Birds 2, Plague Inc. Evolved, Temple Run and Temple Run 2, Shelter, and Gone Home. The Personal version is free, the Plus version is $35 per month, Pro is $125 per month, and the price of Enterprise varies. Unity’s learning tools include tutorials, courseware, documentation, and a vibrant community. You can also purchase assets and production tools from the online store.

Leadwerks is described as the easiest way to build 3D games. However, some people describe the interface as clunky. It’s $99.99 on Steam, with the option to pay for four licenses to share with friends. You can even check out a library of games that have been created with Leadwerks before you decide whether to give it a try yourself!

This game making software allows you to export your game directly to a variety of platforms including Android, iOS, Windows, Mac, PS4, Xbox One, and Amazon Fire– if you’re willing to pay. The free version includes a fully-featured engine, royalty free game creation, and export to Windows. The Professional version is $149.99 and the Master Collection is $799.99. Unfortunately, users of this engine often report instability and crashes.

PlayCanvas has the advantage of allowing simultaneous editing from multiple computers.

Open-source since June of 2014, PlayCanvas will give you access to unlimited public projects, all engine features, and free hosting on PlayCanvas for free. For $15 per person per month, you can export for self-hosting. For $50 a month, PlayCanvas includes team management features, removal of PlayCanvas branding, and more features and storage.

Unreal Engine was designed for use with first-person shooters, but has been successfully used to create games in other genres, including stealth and MMORPGs.

Though Unreal Engine is free to use, Epic Games charges a 5% royalty on the gross revenue of any game you make with it.

Orx is designed to allow you to make games quickly.

Appcelerator Titanium is an open-source game creation software for making phone apps. According to a 2013 article on Business Insider, 10% of all smartphones run an app made using Appcelerator. Some users report that Titanium is fast, but the API is different cross-platform.

For Indie developers it’s $36 per month, and Pro is $99 per month. Enterprise plans are custom prices. 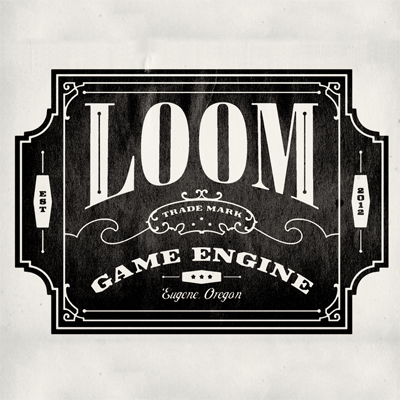 Loom SDK is an open-source game and app development program. Loom Turbo is $5 a month.

Cons include the lack of visual tools support.

Angel 2D is open-source and meant to be simple and convenient.

Citrus game making software offers a convenient way to separate logic and physics from art through rendering choice, a physics engine, and many other options.

It also comes with a built-in platformer starter kit.

Haxe was used to make Papers, Please (winner of the best game of 2013 by the New Yorker) and Evoland (which is a playable history of gaming) among others.

If you need help using its WYSIWYG editing system, you can turn to the forum or the wiki.

The downside of Duality is that it can only be used on Windows machines.

Unfortunately, not many tutorials are available and there is little community support.

Playir is a super-easy tool that requires no programming knowledge. It features visual design tools, multiplayer, 3D animations, and templates.

A free account allows you to upload unlimited public assets and collaborators for open-source projects. Pro accounts allow you to make private projects and self-publish to app stores.

It’s free to try. The full version comes to $11.40 per month, though you can pay less than that if you subscribe annually.

Have you used any of the programs on this game software list?

Please leave a comment below telling us what you thought of it!

Author: Jace Harr
Jace Harr is a writer and blogger based in New York. His favorite video games are the Binding of Isaac, Darkest Dungeon, and Skyrim.