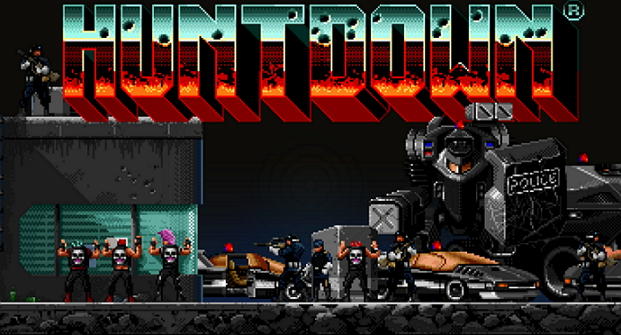 Created by Easy Trigger Games, HUNTDOWN is a 2D arcade style action game coming to Nintendo Switch, PS4, Xbox One, and Steam. The game takes a ton of influences from both 80’s/90’s games and film properties. With retro gaming influences like Contra Hard Corps, Gunstar Heroes, Syndicate, Exo-Squad, & Alien 3 and movie franchises like Robocop, Judge Dredd, Total Recall, & Terminator, Huntdown is dripping in sci-fi grit for you to explore. The game features co-op arcade action where two players gain high tech weaponry to fight against the gangs of a gritty post-apocalyptic city. Huntdown’s release date is currently unknown, but we’ll sure to be keeping an eye on this one and providing updates as we learn more! Check out the Huntdown trailer and a few screenshots of the game below.

What do you think of HUNTDOWN? Does it’s design resonate with you? Let us know in the comments section below!