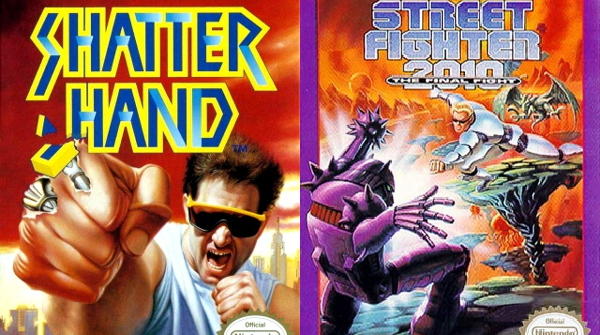 For many, the Nintendo Entertainment System (NES) was one of the first game systems they owned. After the success of Atari and the unfortunate issue plaguing video game systems in the early 1980’s, NES was poised to either elevate the video game industry or put the last nail in its coffin. Due to a smart marketing idea of rebranding the idea of a home video game system (“Entertainment System” instead of “video game system”, “control deck” instead of “console”, “game paks” instead of “video games’, etc), it was viewed as something new and different from its predecessors. Another way they separated themselves from others was to push for unique and stunning nes art for their games. They wanted to entice gamers to buy theirs, and thus nes game covers had beautiful box art. Pop on your nostalgia cap and take a trip with us to revisit some of the most phenomenal nes cover art of all time.

This one… wow… well, this one is just so staggeringly bad that it goes full circle and is just spectacular. It is like a horrifying time capsule from 1988 that you just can’t turn away from. The hair, the clothes, the fake looks of excitement… its all just so beautiful.

# 19 The Mutant Virus: Crisis in a Computer World

The Mutant Virus came out in 1992 as computers were becoming increasingly more popular and the thoughts of artificial intelligence were becoming a reality. The game banked on those technological breakthroughs by fighting back against the technology that is trying to take over Its fun comic book inspired cover didn’t quite match the game but is really cool none-the-less.

Imagine being the poor artist hired to make chess look fun and exciting… well, they managed to do it! Most kids had viewed chess as that boring game their dad made them play, but just throw in some fight scenes and murders and its fun again! It is pretty impressive how the vibrant box art looks like an RPG but was just selling kids a board game that had been around for hundreds of years.

Looking at this box art instantly gives me a jolt of nostalgia and makes me want to dig out my old nes and see if it still works. While the art may not be overly spectacular, it does something that not many nes box art did… actually shows exactly what happens in the game! So many covers were misleading and lead to disappointment when you got home and started playing it. But this game promised you could destroy buildings and eat helpless victims… and you could!

While it doesn’t jump out too much, it has a lovely soft fantasy novel kind of feel and a…. wait… is that… it’s Fabio! From romance novels to selling I Can’t Believe it’s Not Butter and even to video game covers, Fabio has been there and done that.

Even though it is clearly a tracing of Kyle Reese from the Terminator, thus making it a perfect representation of Konami’s rough copycat era… it is still so badass. It was released in 1987, 3 years after the Terminator was in theaters, and perfectly attracted the kids, like me, that wanted to shoot the hell out of things in my game besides jumping on turtle shells.

Zen is a character that was originally created for a comic book series and was drawn by prolific artists including Mike Mignola, the creator of Hellboy. For the video game, they added a villain called Lord Contaminous and kept with the bold graphic imagery from the comics. New Zen material has been published as recently as 2012.

Capcom was not known for good quality box art, but where they excelled was an embracing of the Tron inspired technicolor of the 80’s. It also aimed, quite successfully, to connect the game with its arcade version, which was a successful marketing tool to sell the game.

With a slightly Star Wars inspired cover and a huge following from its arcade version, Konami didn’t think to far outside the box with this 1985 release… or did they? Most of their early box art kept the entirety of their art within the confines of the grey border. But this cover uses that convention to create a 3d sensation and giving the cover a sense of depth and movement.

What makes the box art for this title special? It was the first time a known comic book artist, Frank Cirocco, designed the cover for a game. It was sold in 1986 during the golden era of the WWF.

Based on the arcade classic, Gauntlet comes from Tengen games who actually released a scandalous unlicensed version without the Nintendo stamp of approval. Once a compromise was reached between both sides, a registered version was re-released. Comic book colorist Joe Chiodo designed the box art with a more realistic edge in mind and aimed to draw in as many different types of gamers at the same time.

Castlevania represented the high point of Konami’s stylized covers. It is lovingly inspired by ‘The Norseman’, a painting from the 1970’s by Frank Frazetta. It’s bold colors, sense of adventure and ominous villain had nes users grabbing it off the shelf.

After a few years of dreadful copy and paste box art, Konami finally hit the mark again in 1991 when they brought on comic book artist Michael Dooney to create a totally radical cover for their new game.

This iconic game, released in 1989, started an entire genre of games that had not yet been explored on the nes: the RPG. The box art was striking and vivid… almost looking like a painting or a scene from a fantasy movie.

This 1990 action/RPG pays homage to the classic look of Dungeons & Dragons art, signaling a generation of nerds (I mean that in a good way!) to put down the dice and pick up the controller. Set in a post apocalyptic world far in the future after a thermonuclear disaster, the game is invigorated with new monsters not seen in other RPGs, which are beautifully illustrated on the box art.

Nintendo originals often had very simple pixelated covers that didn’t quite match up to some of the more artfully designed covers. But for some titles it didn’t matter, like the classic of all classics, 1985’s Super Mario Bros. Breaking blocks, shooting fire and kicking turtle shells… good times.

The Guardian Legend had that slightly menacing cover that looked just scary enough for your mom to say no and buy you Q*bert instead. Which of course made you want to play it that much more, so you found out which friend had it and played it at their house as much as possible after school. While it wasn’t as scary as expected, its clever gameplay elements would appear in a more polished way in games like Zelda.

Kid Icarus is viewed by many as the best of the Nintendo designed covers. While it still has the classic pixelated look, it manages to capture the essence of the game and look like a ton of fun! Despite being criticized for its difficult later levels, it is a cult classic whose image immediately strikes a sense of nostalgia in many.

#2 The Legend of Zelda

Zelda’s box art is deceptively simple. It does not give any indication of exactly what gameplay would entail, but the clever missing section of the crest and a key next to it clues you in that you will need to find something that is missing, but it may not be so easy. Once you open the box and pull out the shimmering gold nes cartridge, the outer design is tied together even further.

When I asked a few friends what cover art made them feel the most nostalgic, the most common answer was Bubble Bobble. People like the way it didn’t take itself seriously, embraced the cartoony silliness of the characters and successfully matched what the game was like. It was an instant hit and spawned dozens of sequels.