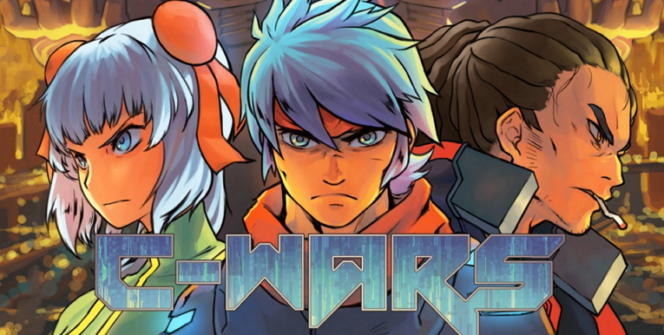 C-wars has some shining moments beneath it’s unfinished exterior

C-Wars in an independent title made by Onipunks Studio, who describe their game as a fast-paced RTS rogue-like. And funnily enough, that ridiculous sounding description is actually pretty accurate. They had a kickstarter campaign which netted them also a hundred thousand big ones, so it’s fair to say that they have decent little fan base.

So I fire up C-wars and am greeted with a selection of three playable characters. Nathan, Patroc and Yao. I choose Yao, because she is a cute female and I’m a lonely alcoholic. The artwork and production values seem slightly on the amateur side, but honestly I like that. It’s that kind of new-retro that looks a little like something from the Super Nintendo or Genesis, only on closer inspection you can clearly see that neither system would be powerful enough to produce the game’s actual graphics.

So then it is on to the game proper. I was first given a number of stages to choose from, each with a set difficulty level. Some were graded as ‘difficult’ and others with ‘impossible’. After a little difficulty in actually starting the missions, as you have to select ones of certain level to begin with, I head into combat. What I’m confronted with is something unlike anything I have played before. Now, I’m a retro gamer at heart, and the newest console I own is a PS2, and that’s only to play PSX games, so with that in mind this kind of game might very well be all over the place for all I know. 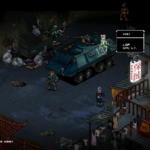 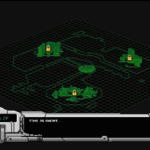 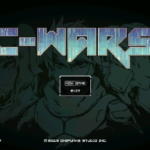 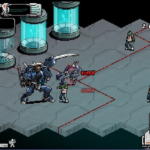 The game seems to revolve around skirmish battles on a static screen between you and a small number of enemies. What grabbed me right away was how unforgiving the game is. Now, I don’t mean that in a bad way. The game isn’t poorly designed. But if you don’t watch what you’re doing, you’re going to get your ass handed to you in no time flat. It’s kind of refreshing to see a few gun-shots actually take someone down, as opposed to the near-superman level durability of most video game characters. And couple that with having multiple gun-wielding baddies on the screen at once, the threat of demise is very real.

Combat itself is a little clunky, but not terrible. This is probably a good point to remind everyone that this game is still under development so what I played probably won’t exactly be the game everyone else will eventually get to play. I’m pretty optimistic that things will be improved. Right now it’s kind of like a shirt that just needs a good wash and an iron to smooth out the wrinkles.

Now where was I? Oh yeah! The combat. So it’s you against a small group of enemies. Two things stuck out while playing the game. First, you face your enemies (horizontally) and cannot face in any other direction. This is actually a good thing. I liked it. It means that when you move backwards, you simply scuttle back while still facing the enemy. It’s not a new game mechanic by any means, but it’s one that I’ve always liked. The other thing that caught my attention was the fact that the character moves on a kind of unseen grid. I’m in two minds about this. It feels constricting, as you can’t move freely around the screen. On the other hand, because the enemies also move on this invisible grid, you are always perfectly lined up to attack. They are also perfectly lined up to attack you as well, so you need to stay on your toes. 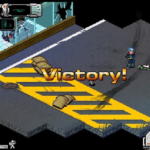 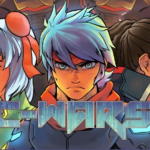 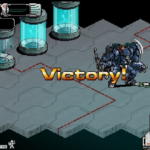 So after sampling the bitter taste of defeat several times with Yao, I decided to try the game with Nathan. Now, Yao would jump about the screen stabbing the enemies with what I can only assume was a butter knife, and that did about as much damage as harsh language. Nathan on the other hand came complete with a gad damn mecha suit capable to wiping out several enemies at once. Bullets bounced off Nathan like a chipped teeth off Jackie Chan’s 36 crazy fists. I couldn’t believe it. I decided to try out the other playable character, Patroc. He was much more like Yao in that he zipped about the screen stabbing enemies, only his attack is far more powerful and pounding the attack button like Woody the Woodpecker hooked up to a car battery let me pull off some combos. I even set on enemy on fire. I think I liked Patroc the best, as Yao was a little too difficult and playing as Nathan made the game far too easy.

Other than that, there isn’t really a whole lot of game there. Luckily this is mostly due to C-wars still being in its formative stages. If the creators, Onipunk Studios, use what they have here as a base and build as much as they can, then they will probably have a decent little game on their hands. If they don’t get to work on adding more content and polishing the gameplay, then they might end up with something not worth the price of a download. But just between me, you, and the gremlin who lives in my mirror and reminds me to take a shot of whiskey every morning, from what I’ve seen so far, I’m pretty confident that the final product will be an awesomely playable affair.

You can pick up C-wars on Steam early access for $6.99