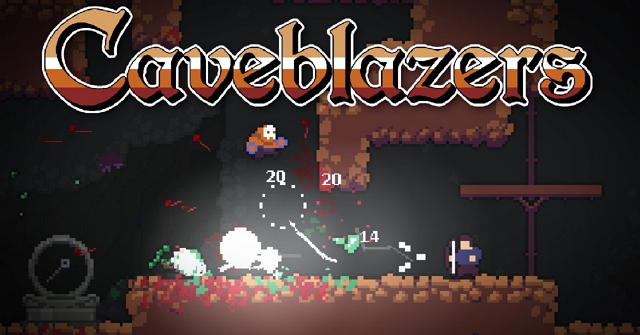 Caveblazers is a fun and engaging Spelunky-like adventure game, which sends your intrepid explorer on expeditions into a vast network of ancient caves and ruins.

The first thing that grabs you about Caveblazers is the graphic style. It sits somewhere between a true pixel retro style and something a bit more sophisticated. By itself it might have missed the mark slightly, but when accompanied by the charming audio, everything locks into place and makes perfect sense. 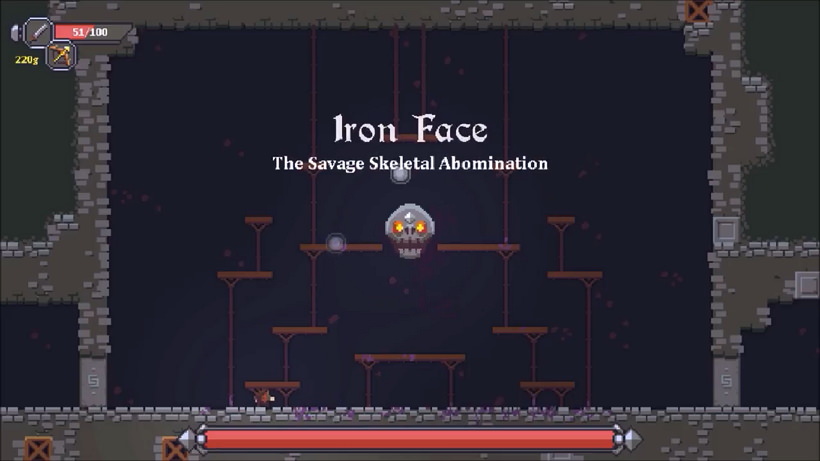 I especially love the “voice” of the old man when your character first enters the cave, berating you for even wanting to try and be the one who makes it all of the way to the end. But each character who appears has a distinct personality, conveyed just by a few grunting sound effects. It’s a great feature that really lends the game a lot of individuality.

It does have to be said that the whole setup is remarkably similar to Spelunky – an adventurer makes repeated ventures into a randomly generated cave system inhabited by enemies and treasure.

Upon each death, you accrue points that unlock items you can wear; and on each venture, completing challenges bags you boons that give bonuses. For example, a rune that increases your ranged attack speed, or gives you different starting items. 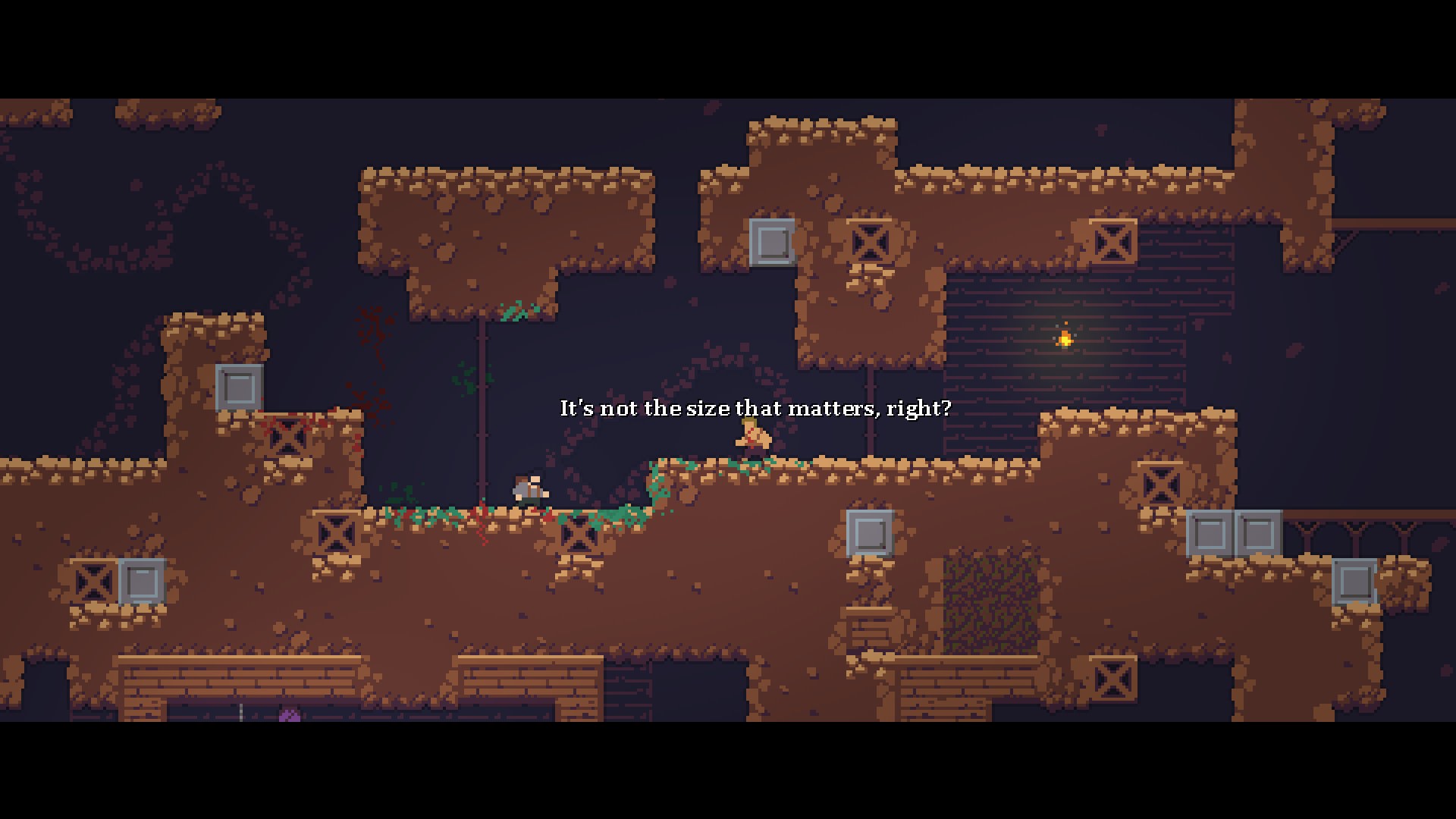 I liked the fact that simply playing repeatedly gradually unlocks vanity items that don’t affect gameplay, while specific challenges grant you stat bonuses. It really gives the sense of Caveblazers rewarding good gameplay, rather than just waiting for the clock to run out on boosting your game.

Each journey takes you through a cave system, some temple ruins, and beyond. Each area is inhabited by a wide variety of weird and wonderful monsters that have an equally varied means of trying to kill you. Caveblazers really keeps you on your toes, making you adapt your tactics as you go along. One strategy won’t get you through even one area alive, let alone to the end of the game.

If things get tough, then you might find a helping hand in one of the other adventurers following the same path to glory as you. If you impress each of them enough, usually by killing monsters in their vicinity, they can become friendly and fight alongside you. 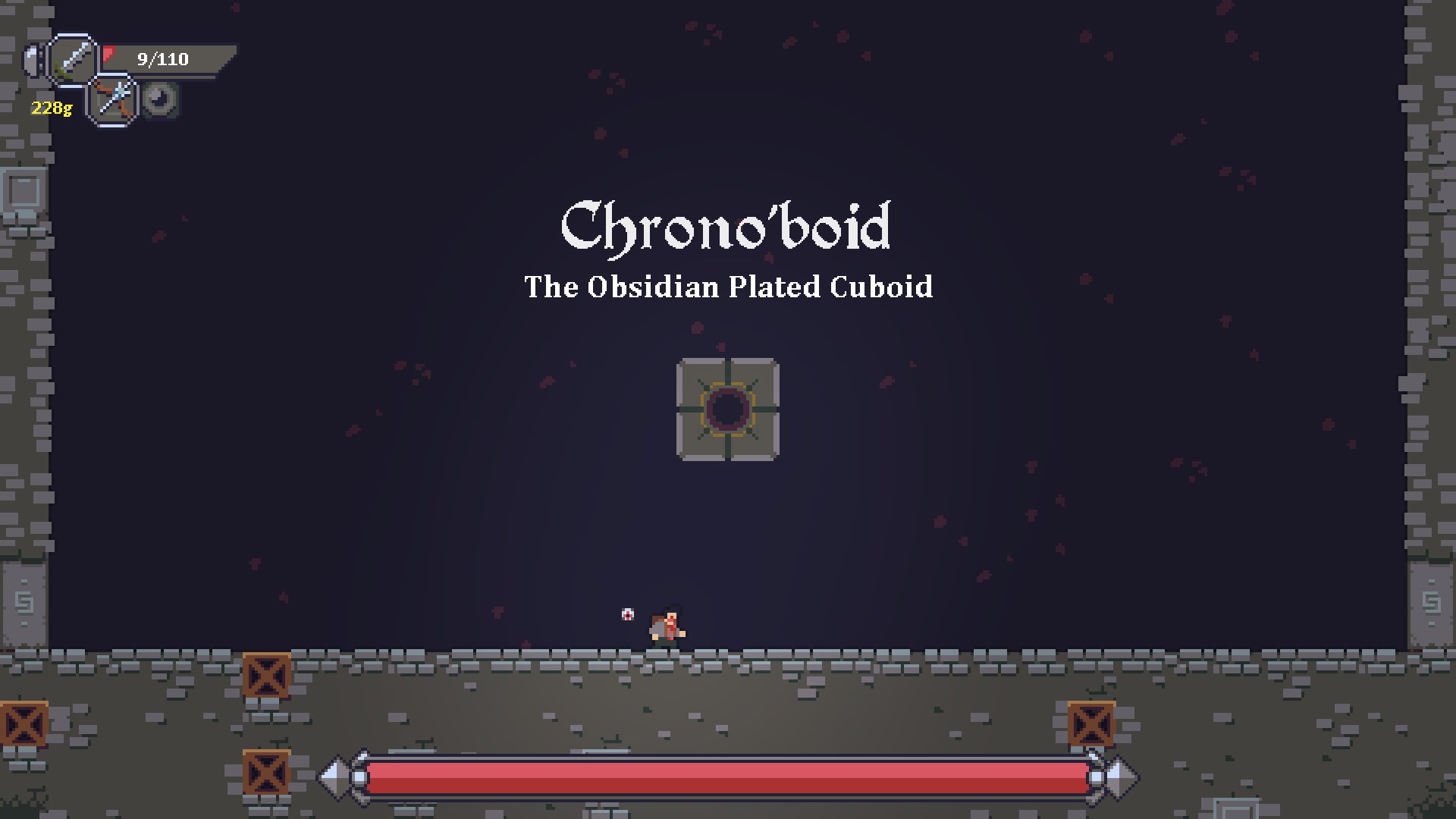 This really helps set Caveblazers apart from Spelunky, as you suddenly get this feeling of a meat-grinding tourist attraction, with dozens of hapless expeditions a day meeting a grizzly end, rather than some undisturbed jewel being uncovered for the first time in centuries.

I was a little disappointed that the game recommends the use of a control pad, but that I found the default controller spec was a little hard to use for a ranged weapon on my Steam Controller. That said, as always, it’s extremely easy to find a replacement within the community, which I did within seconds.

All in all, Caveblazers is a really fun, addictive adventure game that has tons of replay value. It’s definitely worth a look if you like arcade-style platform games, and especially if you’re a big fan of Spelunky.

Joypad Joe
Joe is an eighties kid raised on a strict diet of SNES games. At level 14 he was fed a copy of Final Fantasy VII and evolved into a gaming glutton who to this day holds a tender place in his heart for classics and retro-style homages. When not glued to his PC, he can be found DMing a game of D&D near Preston. Twitter: @JoypadJoe