Demons With Shotguns: The Battle Between Heaven & Hell Rages On STEAM

Home » Demons With Shotguns: The Battle Between Heaven & Hell Rages On STEAM 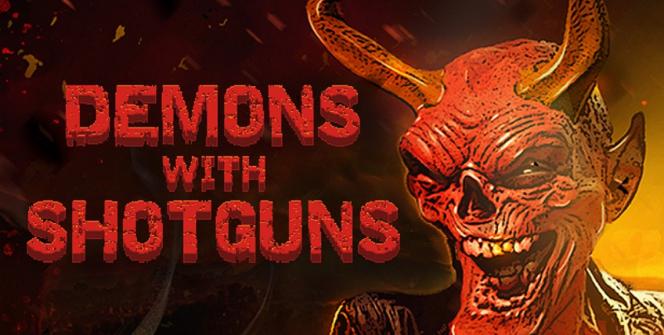 Demons With Shotguns is a 2D Bloodbath of Soul Reaping Action

Ever since Joust was first released for the arcade and Atari 2600 back in 1982, arena style action games have found their way into the hearts of video game fans all over the world. With easy controls, a simple objective, and unlimited replay value, 2D arena platformers have truly stood the test of time. Just ask Nick DeMucci of Mindshaft Games, indie game developer of the new indie game Demons with Shotguns.

Demons with Shotguns is a fast paced 2D retro arena platformer, where you can take on up to four friends in a bloody battle for their souls. Players will be able to choose between five playable characters: the faithless Preacher, the desperate Demon, the heavenless Angel, the peace keeping Nun, or even Death himself! Like many similar arena battle games like Samurai Gunn or Towerfall, Demons with Shotguns only features local multiplayer and does not have an online component. This has been a common trend in many retro based platformers as of late and I couldn’t be psyched about it. What’s better than getting together with a few friends and blowing their heads off as a nun? I can hear the trash talk already!

All characters have the same play style and only use shotguns, but things are sure to get interesting when players pick up tarot cards. These randomly generated tarot cards can either help the player by providing a temporary power up or negatively affect them by powering them down. In terms of level design, players will be able to duke it out in up to 4 different environments, with up to 10 levels each. Every environment has different hazards and mechanics that work to keep the player on their toes (and probably screaming in enraged frustration). 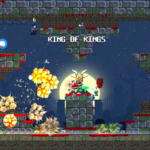 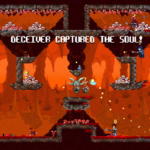 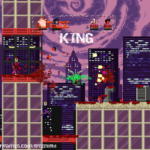 Demons with Shotguns features multiple game modes and types that make the action even more intense and fun to play. Players will be able to choose from various game types like frag-based deathmatch, soul reaping, capture the soul, and last soul standing. In terms of game modes, players can take the free for all approach and go nuts in the anarchy styled bloodbath, or work together in team based modes.

What do you think of Demons with Shotguns? Let us know in the comments section below!