EITR – A Shield Maidens Quest to Restore Light to Yggdrasil 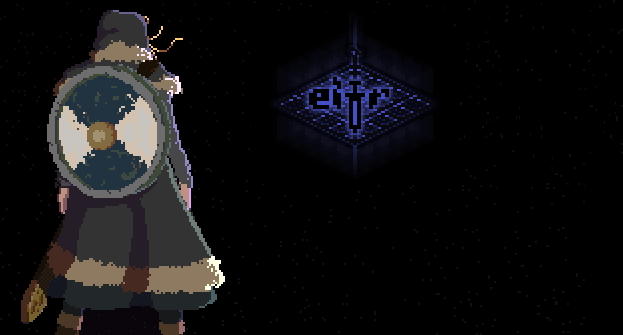 2 man London based game developers Eneme Entertainment are hard at work on their latest action RPG EITR. Set in a world of Norse mythology, this mysteriously dark tribute to the Diablo and Dark Souls franchises puts players in control of a badass female protagonist called a Shield Maiden. Her world has fallen into darkness at the hands of the enigmatic trickster god Loki, who has released the EITR upon your realm. As a result, this has corrupted the powerful world tree “Yggdrasil”, the connector of the 9 Norse worlds. With sword and shield in hand (and a hunger for ass kicking), you must walk through ruined worlds in a battle against this dark substance. Your quest to restore light to the Yggdrasil will not be an easy one. It will be filled with gruesome monstrosities that you must slaughter with extreme prejudice in order to restore balance to your homeland. 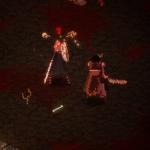 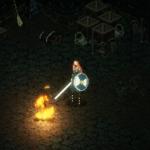 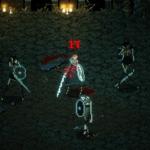 EITR is reminiscent of the 96’ classic action dungeon crawler Diablo, with a bit of Dark Souls, Path of Exile, and even (dare i say) Light Crusader (Sega Genesis) thrown in. Armed with a sword, shield, bow, and a slew of magical power ups, players will have to fight off an diverse array of monster and boss types. ETIR’s isometric camera angle allows players to move around freely and gives a real sense of the level layouts. The also gives with enough screen real estate to take on a flurry of attacks from massive groups of enemies. The gameplay trailer shows the Shield Maiden having a tough time even taking on 2-3 enemies simultaneously, so players will have to rely heavily their shields to ward off vicious attacks. The controls are tight and every missed sword swing looks like it could be disastrous for player health and sanity. As far as design is concerned, EITR’s pixel art animations are beautifully smooth, impressive, and create a fascinatingly bleak aesthetic. This gives the game a somber and desolate tone that add depth to the world and the games story. Developer screenshots show the Shield Maiden sitting alone by a campfire, reflecting upon the horrors she has faced in battle and the long blood soaked road ahead. Judging by the gameplay trailer and various screenshots, this will not be a cakewalk for our sword wielding heroine.

The music and visual tone of EITR give this indie game a unique vibe. The battles look frustratingly enjoyable and I have heard that randomly generated loot is in the works. Get ready for a tense and challenging gameplay experience that really takes us back to the roots of the genre. This game has made my list for most anticipated games of 2016 and I can’t wait to get my hands on it. EITR is destined to join other honorary action RPG’s in Valhalla!

EITR is scheduled for release in 2016 for PC, STEAM, and probably coming to Sony and Xbox consoles. Check out the E3 game trailer and the gameplay trailer above!

What do you think of EITR? Let us know in the comments section below!