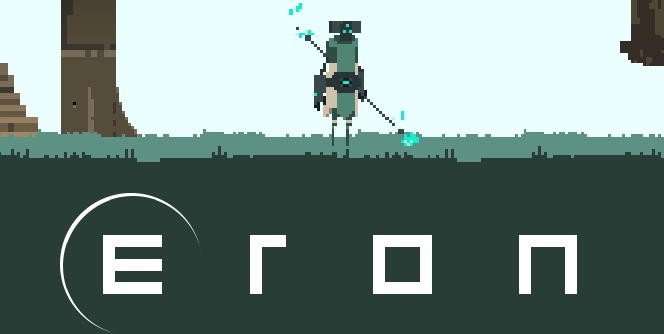 Eron is a 2D platformer that leaves something to be desired

When you say the words retro or indie platformers are often what leap to the forefront of your mind; they are a staple of both labels and gaming in general honestly. With so many out there, platformers in this day and age have a cornucopia of their predecessors whose successes they will try to replicate and failures learn from. I fear when we eventually look back to this time Eron will be among the ranks of the latter.

Eron is an undoubtedly good looking game with it’s simplistic pixel art style and soft, cool color palette evoking a tranquil beauty. The game’s music score is also a joy to listen to even if upon your inevitable numerous deaths its constantly looping will probably start to get irritating.

But now to the core of the game and also its main glaring issue. Eron isn’t a very good platformer. Your character’s jumps are far too short meaning almost every jump has to be timed precisely or else you’ll plummet to your death and be sent back to the beginning of the level. This completely kills the games and what starts out as an irritant becomes a game breakingly bad feature before long. 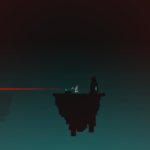 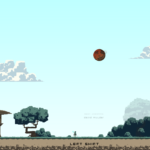 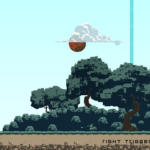 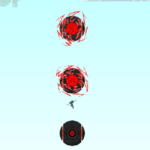 Eron’s second biggest problem is the mechanic in which hold down a button and essentially phase into a parallel realm in which some platforms and obstacles that were translucent and not solid in the other previous realm now and sometimes vice-versa. This mechanic is fine in theory but in practice the fact that you have to hold it down instead of having it toggled like in Outland which uses an almost identical mechanic means it feels like you’re fighting the control scheme half the time and genuinely hurts your hand before long.

In summary, Eron is something I’d show to someone to give an example of a nice looking, low budget 2D game (in unity no less) but in every other regard it is simply a lesson in how not to do a platformer.

You can pick up Eron on Steam for $1.99, or just pick up the FREE demo on the developers website.