Fight Knight Demo: Put up your dukes for a high-speed dungeon brawl

Home » Fight Knight Demo: Put up your dukes for a high-speed dungeon brawl 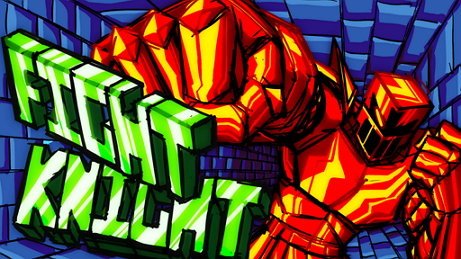 You’re faced with a monster, a puzzle, and a friendly NPC. Which one do you punch?

If your answer is “all of the above,” Fight Knight may be the game for you.

In Fight Knight, the player dons a pair of knight’s gauntlets and battles in a hectic grid-based, first-person dungeon crawl. Though it’s been in development for less than a year, the game already packs a mighty punch. After playing through the entirety of its current demo, which consists of two zones and two floors in each, I am left with some vivid first impressions and only a few minor concerns.

As the eponymous Fight Knight, you wake up to find your ship has docked near an ominous-looking tower that threatens to consume the land around it. With the vague promise of reward, you determine to ascend the Tower, level by level, until you discover what lies at the top. 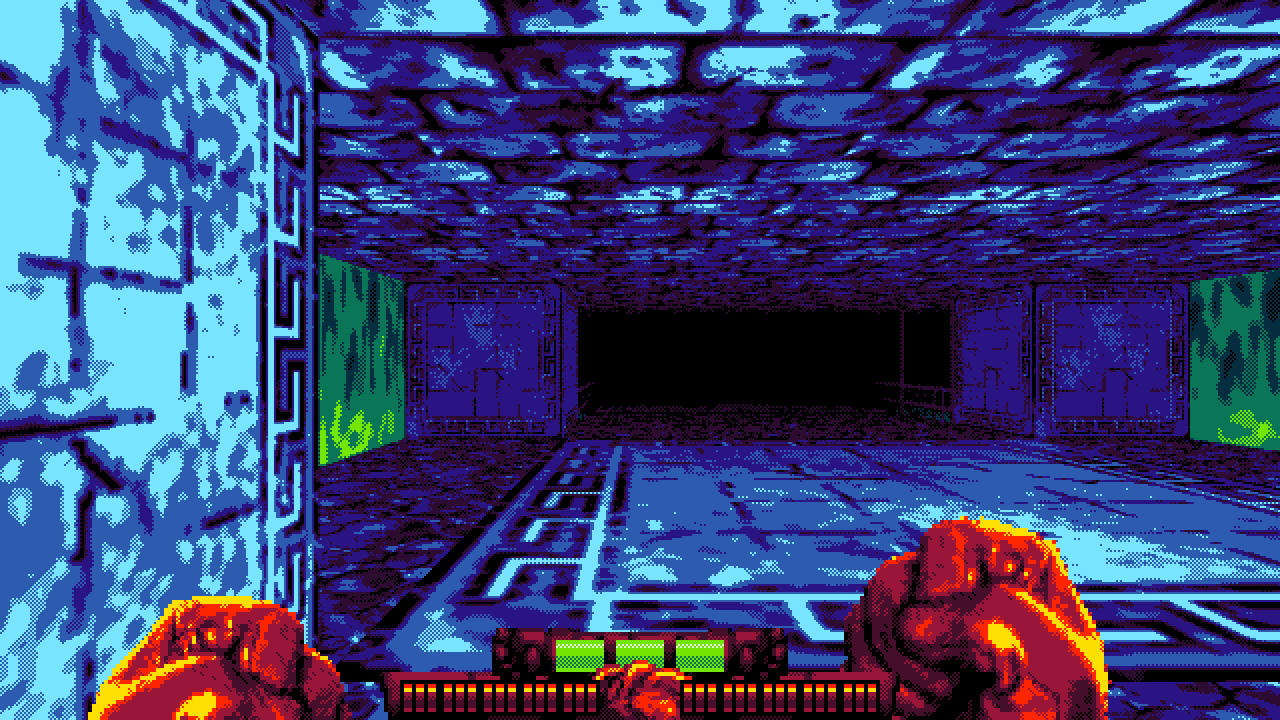 While Fight Knight is mysteriously unable to wield weapons, other than his trusty gauntlets, you will quickly learn to speak with your fists. You jab villagers to learn their secrets, pummel switches to open new passages through the labyrinthine Tower, and wallop a variety of enemies on your way to the top. The whole process is satisfyingly simple, but it’s far from easy.

The Tower puts your reflexes—and your reasoning skills—to the test.

For a game still in development, Fight Knight manages to pull off smooth, fast-paced gameplay that only gets faster as you progress. Your combat arsenal mainly consists of your fists and your wits. Once you master the simple commands you need to punch, block, and dodge in various combinations, you can start experimenting with the knight’s special attacks to make quick work of your foes.

While the game starts you off easy, it gradually increases the difficulty by introducing new enemies. You have to learn each enemy’s quirks to avoid damage and handle them efficiently. If you don’t learn quickly enough in the later stages, you can easily be overwhelmed—especially when your enemies have complementary skills. For instance, I met one particularly deadly group with a necromancer that continuously raises minions behind a wall of tougher whip-wielding enemies. If you’re too slow to beat through the onslaught of foes, the necromancer can keep raising more allies indefinitely. 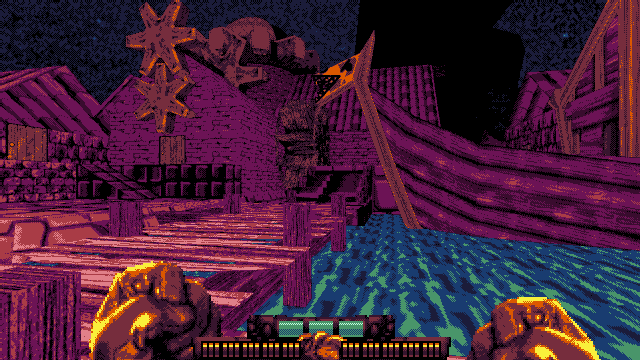 They may sound frustrating, but I found that these more difficult situations encouraged me to use special attacks. Your specials consume energy to target multiple enemies in a row or side-by-side, or throw a flurry of punches for extra damage. It’s up to you to figure out which moves work best in any given scenario.

When you return to the village to rest and save between sorties to the Tower, you can outfit your knight with different specials and gauntlets that you’ll unlock as you progress. You can also equip potions to supplement your journey, unlocking new ingredients as you fight new enemies. The demo only had a few of these to showcase, but the full game promises plenty of potential to mix up your loadout for a more customized experience.

The game offers a bombastic aesthetic, if a bit visually jarring.

While the available gameplay, level design and puzzles are clever and thoughtful, the graphics are currently a little lacking in polish. I can tell there has been a genuine effort to set the game’s presentation apart from other pretty, pixel-art indie games, and it does succeed in that respect.

The problem lies partly in the game’s color scheme, and partly in the level of graphical detail. The game relies on a hyper-saturated palette that, while eye-catching in screenshots, becomes a little headache-inducing in the game itself. The camera motion can also stray on the nauseating side. There are a few settings to help tone it down, but the added strain on the eyes may still discourage some players from longer play sessions. 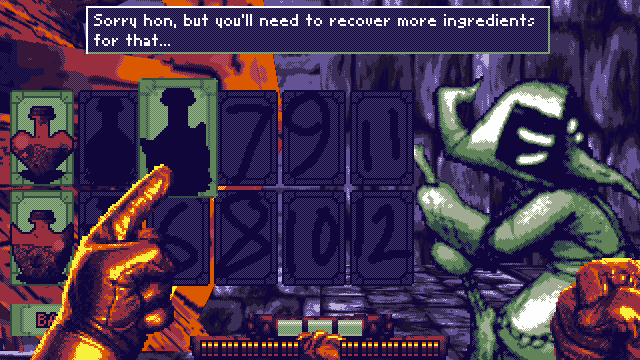 While I appreciate a clean, simplified graphical style, the game could also stand to ramp up the detail in places. For example, NPCs and item pickups look a bit too muted and blurry in the game’s current state, causing the developer’s compelling character designs to fall flat. I don’t think any of these issues are deal-breakers, though: they could easily be fixed without sacrificing the game’s stylized aesthetic.

Verdict: The game has a fighting chance.

Fight Knight may be all about conquering obstacles with your fists, but the game still managed to keep me on my toes throughout. Between the frenzied battles and inventive, well-thought-out puzzles, you’re given plenty of opportunities to flex your wits as well as your muscles.

The game is still slightly rough around the edges in places, but it’s polished in every way that matters. It’s also bursting with personality and charismatic humor. Its ostentatious style is bolstered even more by the charming, peppy soundtrack that recalls the nostalgia of older arcade games.

Fight Knight is currently slated to launch on PC, with the possibility of console, Mac and Linux ports in the future. The project recently exceeded its crowdfunding goals with June 2018 as its estimated delivery date. You can play the demo now on the developer’s Kickstarter page.