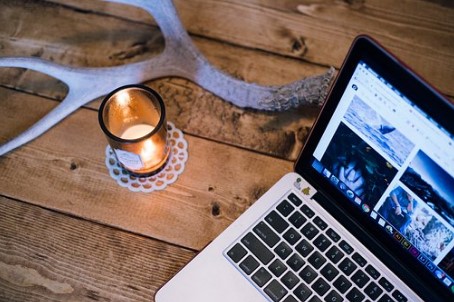 If somebody asks you to define e-literature and you don’t get much further than ‘literature that is electronic’ or ‘literature with a computer component’, don’t feel too bad. Electronic literature is one of those strange areas that most people don’t know much about. Heck, though the e-literature collection by eliterature.org has more than 60+ titles for 2016, you probably didn’t hear of most of them.

Even the more famous titles aren’t widely known. And when they are, they are often not recognized as e-literature. For example, have you ever heard of the interactive poem Game, game, game and again game? Or, for that matter, did you know that the title Gone Home is considered electronic literature?

Electronic literature, according to Associate Professor Noah Wardrip-Fruin from the University of California, “is any work with important literary aspects that requires the use of a computer (for authoring and/or the audience).” One of our games which exhibits this quality is Expedition.

This title features classic table-top RPG experiences on the NES, with the players working their way through them by engaging with textual quest options. What’s more, the game had to be written on a special engine that allows text options to link to certain scenarios, to provide a framework for adjudicating combat, and to keep track of the player’s progression. Expedition could not have been created, or enjoyed, without this computer assistance.

Of course that doesn’t include works that were originally written away from the computer but then accessed on one. This is because, “those processes have nothing to do with [the author’s] work — it does not require them in order to be itself. So unless I view my act of situating [the author’s] work in an electronic context as the creation of a new work, one which requires digital computation in order to be itself, we can safely say that this is not digital literature.”

Sound broad? You don’t know the half of it. If you go over to eliterature.org they’ve got a list of what they consider e-literature. It’s encompassing indeed. It ranges all the way from ‘interactive fiction’ and ‘literary apps’ to ‘computer-generated poems’. It even includes ‘computer art installations which ask users to read or have other literary aspects’.

So what ties it all together? Could it be a textual element? It seems reasonable. And yet, if you’d propose that you’d be heading for a heated debate. And not just the drunk guy at the end of the bar, either. Take what assistant Professor and head of the Digital Studies Center at Rutgers University James J. Brown has to say about the textless game Limbo. “Limbo sits at the edge of the literary, both marking and erasing the limits between videogames and literature.”

To be fair, at the end of the paper he does admit that, “Limbo’s liminal status does not make it a work of electronic literature” but it does take him 18 pages to get there. It isn’t the last thing he has to say on the matter, either. A few lines down he back tracks slightly. “Limbo serves as a boundary object and as an opportunity to [find literature’s limits], but this same critical approach could be applied to works of electronic literature… [it calls] upon strategies and traits that we might traditionally have associated with literature.”

Is it a game? Is it a book? No it’s e-literature

Before you start thinking that e-literature always has game like elements, that’s not necessarily true either. For example, there is nothing game-like about the Camel Tail. When you visit the website your browser randomly starts spitting out stanzas of Metallica lyrics, much like the snippets that the author says, “played at random on my brain-station since I was a child.”

Similarly, though it is about a game, World 1-1 by Philip Miletic and Craig Dodman certainly isn’t one. It consists of 26 tactics to play through the first level of Super Mario Brothers on the NES. Except for the introduction, the entire book consists of, “i walk forward. i walk back. i jump back. I jump forward into goomba. dead at ten seconds. score: 000000.” Yes, that’s an actually published book.

No, I don’t understand the point of it either.

Now that’s the million-dollar question. In part, the purpose seems to be to push the envelope. Art, as anybody that has gone to any modern art exhibition has no doubt realized, doesn’t always need to be understood.

What’s more, e-literature – as World 1-1 shows – doesn’t need to please or engage its audience. Though certainly not all games entertain, they are typically designed with that goal in mind. E-literature doesn’t have that restriction. In that way, it can explore things and places that games rarely can.

I’d like to argue that it serves another purpose and that is to sneakily sidle up to arty types, who would otherwise never even consider games as art, and convince them otherwise. After all, it’s ‘literature’ so it must be arty, right?

The two genres could certainly use more cross over.

Or, as Naomi Alderman puts it, “The problem is that people who like science and technology, and people who like storytelling and the arts have typically been placed in different buildings since about the age of 16. We haven’t been taught how to admire each others’ work, to recognize excellence, or even to know that there is excellence in ‘the other culture’… There is a kind of ‘worthy’ arts professional who thinks that knowing nothing about games – like saying ‘I don’t even own a television!’ – is a marker of intellectual superiority.”

E-literature might serve as a way to bridge the gap between those two buildings. Sure, no doubt not everybody will be convinced. At the same time, if it allows some to reconsider the artistic possibilities of both the online sphere in general and games in particular, then that has to be considered a victory.

It works in reverse, too. E-literature can serve as a tool to allow game designers and developers to realize their more artistic visions, without running the risk of being accused of making something that isn’t a game. Of course it isn’t. It’s e-literature.

About Mega Cat Studios:
We are an independent video game development studio with a global team. At our core, we are passionate game developers and artists who seek to create meaningful experiences through our games and services. We are all gamers, collectors and enthusiasts first. In a world of cloud storage, download codes and virtual licenses, we are excited and proud to create exclusive artisan collectibles that complement the effort that goes into indie and homebrew development. We love creating games. From retro cartridges to PC & current generation consoles, we want to make games that are accessible and enjoyable for every gamer.
Share it!TwitterFacebookGoogle +PinterestLinkedin