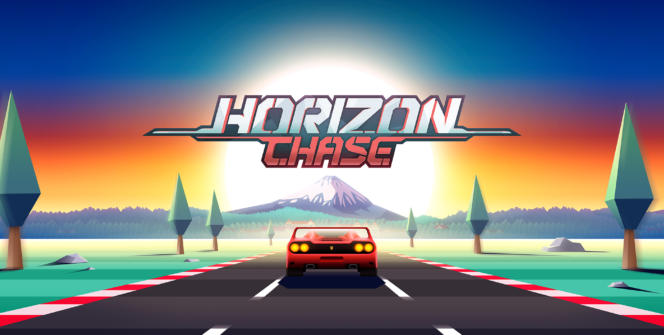 Back in the 80’s and 90’s, arcades across the US were flooded with bright lights, huge arcade cabinets, and a barrage of bleeps and bloops. Many of which were competitive racing games that people would wait in line for just to have a chance to play. Games like Daytona USA, San Francisco Rush, Out Run and Hang-On were staples of the arcade and still exist in some corners of the world to this day. In today’s world, arcades have become slim and racing games have made their way into the home and have gone online. One studio hell bent on bringing the nostalgia of the arcade into the living room is Brazilian developer Aquiris Studios, with their latest retro racing game Horizon Chase. Horizon Chase is a beautifully colored indie racing game currently being developed for PC and Steam and will be a true tribute to 80’s and 90’s racing games. It stands alongside other indie racing games like Drive Any Track, Power Drive 2000, and Road Redemption, which we have seen a resurgence of over the past few years.  A quote from Amilton Diesel, the Artistic Director and Co Founder of Aquiris Game Studio states “Our ambition with this game is to bring back fast and fluid gameplay, colorful graphics and rapid response controls, basically the essence of gems like Out Run, Top Gear and Lotus Turbo Challenge.” 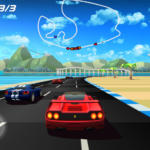 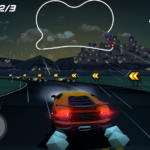 Horizon Chase also features famed composer Barry Leitch, who was the musical creator of classic racing games Top Gear, Lotus Turbo Challenge 2, and Rush series. This is excellent news, as the sounds and music he’s created have defined and influenced an entire genre of games. 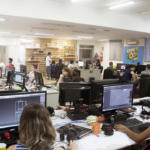 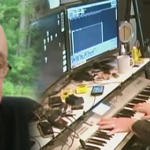 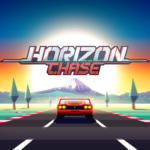 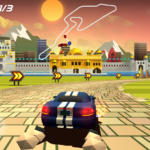 Horizon Chase looks and sounds as if you have been transported back to the arcades of past. With colorful polygonal graphics and a pulse pumping soundtrack, fans of racing games around the globe will be itching to get their foot on the gas! A release date for Horizon Chase has not yet been announced but we’ll keep you guys posted with a fresh update as soon as we find out!

What do you think of Horizon Chase? Let us know in the comments below!