I AM THE HERO: First Impressions With A Black Eye

Home » I AM THE HERO: First Impressions With A Black Eye 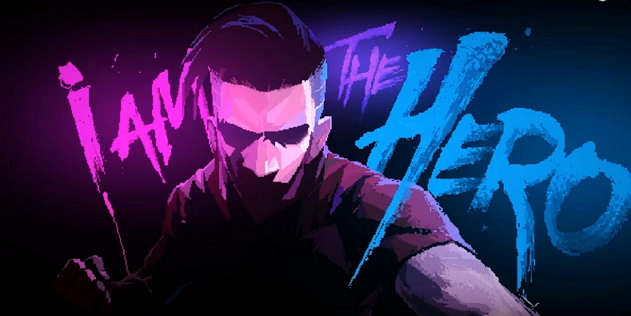 Let’s take a trip back to 1987, a game entitled Double Dragon had just been released as a coin-operated arcade side-scrolling beat-em-up. The genre was still in its infancy: gamers are set up against an absurd amount of enemies that required a higher level of skill in order to progress through the storyline. Many, many kids and teenagers were losing their quarters faster than ever.  Most games that are released within this genre are co-op or even 4 player, allowing friends to team up to ease difficulty. This was commonly seen in later titles such as The Simpsons and Teenage Mutant Ninja Turtles.

Keeping tradition of the beat-em-ups, I Am The Hero is a 2D side-scroller with pixel style. Developed by Crazyant, this games cites the classics that were ingrained in our memories as children. Using this passion as the source material, I Am The Hero encapsulates exactly what we all love about these brawling games, lots and lots of ass kicking. Although the game is easy to pick up and jump into, you’ll have to invest some time to really master the combos and the proper timing for more effective damage.

*Fight your way to a multitude of enemies with their own combat styles (or weapons for lack thereof.)

Using an interesting contrast of 2D foreground and sprites, with a slightly-skewed 3D perspective background, presents an interesting visual style that set it apart from other games in the genre. Keep your imagination running while chaining your combos and knocking enemies off the screen. Invite your friends for classic local co-op or online for survival modes. No matter how you approach it, you’ll be fighting your way through a multitude of levels and unlock the backstory of your mysterious protagonist. The title of the game seems to answer a question you’ll have yourself as you progress, “am I the hero to this story?”

*Juggle your enemies with combo chains, or simply end them with a powerful finishing blow.

The exposition has still, comic-like cutscenes and dialogue of witty, crude banter. Although the story of your main character is dodgy at best, by the end of the game, you’ll know for yourself whether your efforts were for the greater good or if he simply just wanted to kick a lot of ass. If you play a beat-em-up game for captivating storylines, you will be a little disappointed. But no matter what the personal motivations of our “hero” are: there’s lots of fun on the way.

The colorful presentation keeps the visuals fresh and crisp, as you continuously run to the right to unlock the entire story. Combined with the driving rock-based soundtrack and lofty chip-tune melodies, offer an experience that is one to remember. Fighting in this game is kept fresh with a multitude of fluid combos to masterfully execute, paired with a “Critical Blink” feature which unleashes massive damage to your foes as a finishing move. Needless to say, the combat throughout this game is does the beat-em-up genre great justice.

*Use your combos to charge power-ups, based on a grading system of your efficiency and execution.

While the fast-paced action and lofty storyline are not going to please everyone, I Am The Hero definitely rewards determined gamers. Playing the game to completion feels like it did when we were children: an accomplishment in its own right. The fact simply is because it is a hard game. Even on it’s opening difficulty, it is downright frustrating when learning how to negotiate bosses and learn their patterns for attack. Crowds of enemies are common and very commanding, skilled gamers will find this aspect rather satisfying, especially if you have a good grasp of the controls and timing.

Clean animations, smooth graphics, easy to jump into, and challenging to master. This is one game that shouldn’t be passed up, especially for any gamer who grew up in the genre. I Am The Hero has earned a spot in my personal library, from one gamer to another, include it in yours too.