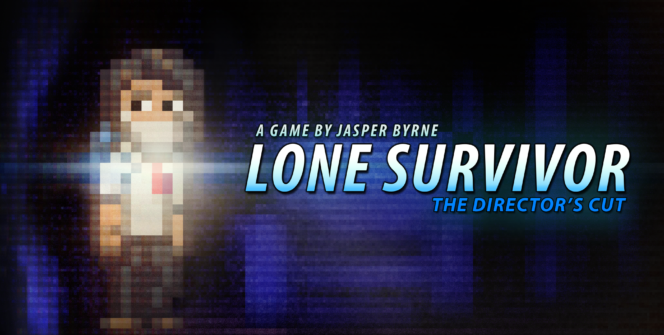 For so long I have waited for an 8-bit survival horror game that takes you on a mind-bendingly frightening experience comparable to that of Silent Hill or Clock Tower. This year, our masochistic prayers were answered with Jasper Byrnes latest indie game – Lone Survivor. Lone Survivor is a 2-D side-scroller created by Superflat games solo developer Jasper Byrne. The game was released on digital platform STEAM on April 23rd 2012, and will be making its way soon to the PS3 store and the VITA. Lone Survivor follows a nameless character who is struggling for survival in his apartment building where terrifying zombie-like monsters walk the halls and nothing is really what it seems. 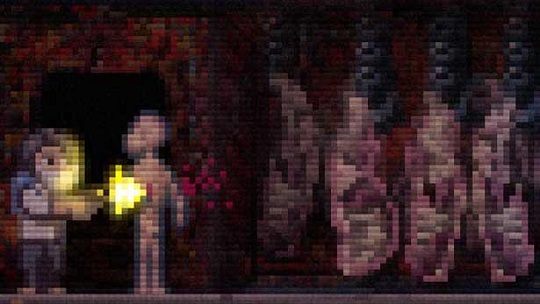 A disease has spread throughout the city causing many of its inhabitants to turn into horrific monstrosities. Starving and alone, you are left with only a flash light, a few simple tools, and your thoughts (which only confuse the player more) to get you through. Throughout the game your character battles with starvation and lack of rest which boil over into hallucinations (or are they?). These add a psychological level to the game that keep you questioning what is real and what is not. For instance, your character comes across other people in the game and in speaking with them learns hints about what is going on in the story, only to wake up from these hallucinations in horror; confused and forced to carry on. Keep in mind that resources in the game are limited so use them only when you have to (ammo is very scarce). Constantly feeding your character can be a tad tedious and annoying at times, but this keeps you on your toes and playing. You tend to feel sorry for the lone survivor and want nothing more than to help him escape this maddening hell.

The map system in the game is a little weird at first because the game is a 2-D side scroller and the map is laid out on a flat surface. This takes a little getting used to but is quite simple once you get deep into the game. The controls are simple as well, you use the directional buttons to move your character and X,C,P,M , F, R & space for basically all other necessary actions. The game utilizes a jarring, piercing, yet minimal soundtrack only comparable to that used in Stanley Kubricks “The Shining“, where well placed sound effects induce auditory chaos and anxiety in the viewer. The music in this game creates an eerie and solitary atmosphere to compliment its dark and dilapidated apartment hall ways. Their’s also a healthy helping of blood sprayed walls and gross veiney skin creatures that add to the overall feel.

Overall Lone Survivor is an 8 bit twist on the survival genre with excellent writing, a unique and nostalgic art style, and enough tension to make a divorce lawyer sweat. If you’re looking for a good scare with a great story and have a love for the old school, then you’ll love Lone Survivor.