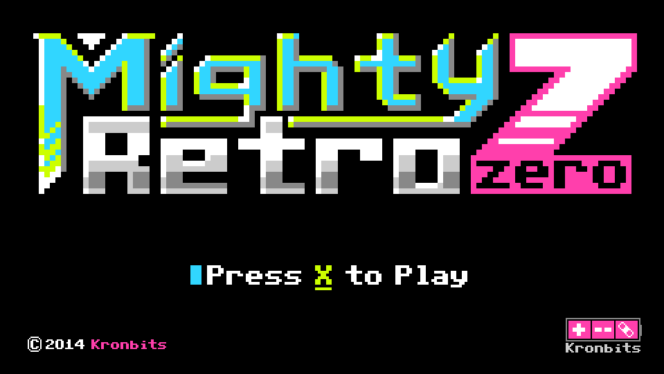 Indie game studio Kronbits is known for creating puzzle games like Ninja Twins and Inkanians as well as the short running game “The Running Dead”; now the company has turned to the Action-Adventure genre to create the retro arcade style game, Mighty Retro Zero. This minimalistic indie game leverages a small color palette of only 8 colors (wow)! Combined with its use of retro game play mechanics and an interesting score of bleeps and bloops. Mighty Retro Zero is a highly addictive homage to retro games.

Might Retro Zeros controls are limited and players are required to use the left and right arrows keys to move with the Z and X keys to jump and shoot enemies; the up key is used to climb ropes to pick up an object with the down key being used to slide to move under obstacles. The controls may take some getting used to especially as it’s very easy to pick up and object instead of climbing which could be a little frustrating at times. 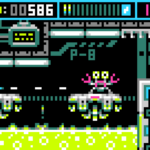 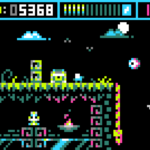 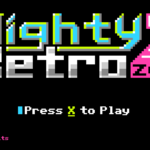 Mighty Retro Zero becomes progressively more difficult as the games goes on which gives players time to learn the controls and get to grips with climbing walls, moving objects and killing enemies. This doesn’t mean the beginning stages are easy however as it doesn’t take much to kill you, one touch from an enemy or a spike will instantly kill you and send you back to the start of the level making it pretty brutal from the start but at least the starting levels are easier. On top of the limited controls this could be a nightmare for some players especially those who dislike difficult games.

Mighty Retro Zero is one of those games that players will love or hate with very little middle ground due to the nature of it; personally, the game is not for me for a variety of reasons. While being an action game it feels very much like a platformer which is not usually something I would play and the controls are very off-putting to me even after getting used to them; the music in the game is enjoyable however and works well for Mighty Retro Zero.

Mighty Retro Zero is planned to be released Online as a Flash game, on Windows PC and on OUYA however the game could also be ported to Mac and Linux computers with the possibility of the game being brought to consoles such as the PS Vita. You can also play the free demo here.