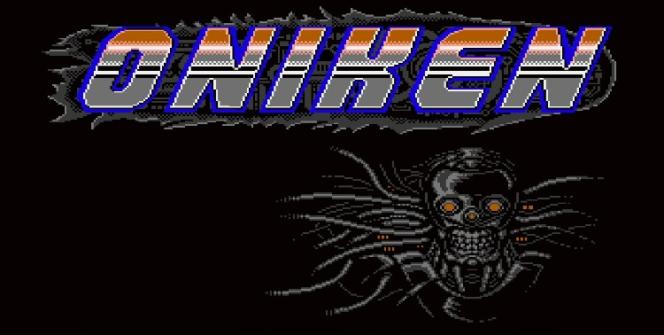 “Oniken presents Megaman level difficulty that is so hard it hurts!”

Most platform games aren’t as story focused as they are geared towards quick and action packed level completion. Created by Joymasher Games, Oniken takes the 8-bit side scrolling action game format and adds an interesting story that sets it apart from most retro games of the 80’s and early 90’s. You play the role of a mercenary named Zaku who’s fighting tirelessly to defeat a shadowy enemy organization called Oniken. The group is dead set on taking control over the planet and you must hack/slash your way through many super hard levels to take them down!

One of Onikens strongest aspects are its graphics. It’s retro aesthetic paints a pixelated picture of a high tech post-apocalyptic future reminiscent of games like Strider, Ninja Gaiden, and Shatterhand. With 6 missions to play through, Oniken offers many interesting and diverse challenges along the way. Don’t get cocky though; Oniken presents Megaman level difficulty and is so hard, it hurts! 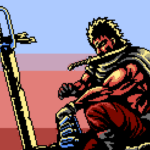 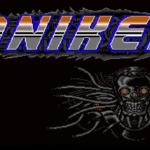 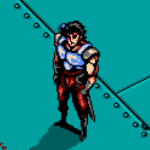 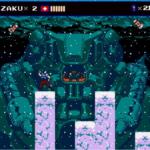 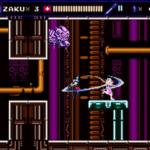 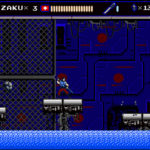 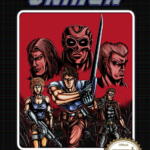 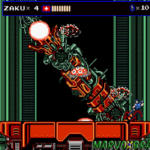 One aspect that gives Oniken a nostalgic feel is its cut-scenes. Appearing between levels and objectives, players will experience cinematic cut-scenes that are really well done. Executed in a style similar to that of Ninja Gaiden, the cut-scenes are in an anime/comic book format that gives the game a high quality presentation, while also maintaining the games retro vibe. Onkien’s platforming mechanics are solid and are another strong gameplay feature. During gameplay you will have to deal with a series of enemies firing guns, throwing grenades, and environment weapons blasting you whenever possible. Death happens frequently in this game. Even for only being a game with 6 levels, it still manages to whoop your ass with little remorse. Truth be told – learning from your mistakes is a must in any retro styled game, and the same rings true here.

Once you complete an objective, you’ll have to battle it out with one of the Oniken’s 18 bosses. These hardcore enemies leverage the usual 1-4 variant patterns you would expect from a game like this and are actually really fun to fight against. These are definitely some of the most exciting moments of the game, as the music gets intense and you must adapt using quick reflexes in order to defeat them. Oniken doesn’t let players off easy though, there aren’t any respawn points before boss battles which makes them impossible to practice on. This can be a frustrating endeavor as many bosses have powerful attacks that can remove lots of health, leaving you with only 1 or 2 hits before death. Did I mention this game was hard? If Oniken wasn’t already hard enough on normal mode, the steam version comes packed with a HARDCORE mode that showcases some seriously tough enemies and environment challenges. If you are really a glutton for punishment or just want to show how much of a badass you are, Oniken has a leaderboard, where players can show off their impressive scores and results.

With a great gameplay, cool retro graphics and no performance issues, Oniken is one of the best platform games I’ve played recently. It’s easy to play but hard to master and I had a ton of fun with it. Well worth a shot, no matter if you like platform games or not.