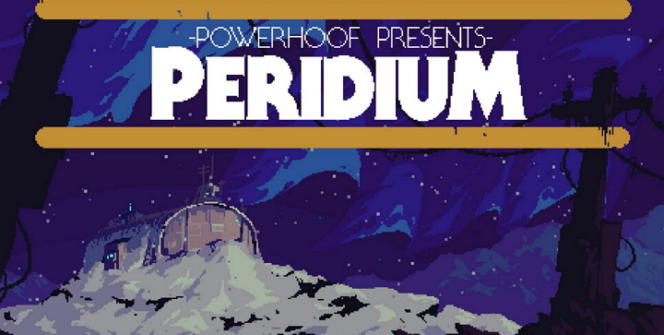 If you spliced the point-and-click mechanics of Escape from Monkey Island and the paranoid, gory horror of John Carpenter’s seminal masterpiece The Thing, you’d end up somewhere close to Peridium. Created as part of AdventureJam 2017 by Powerhoof, this short but atmospherically grisly point and click adventure is worth a play.

You assume the role of Doctor James Turner, an expert in fungal organisms, who has been working for a decade alongside his wife at a remote Antarctic research station. Strange and ancient fungus was found deep under the ice; as Turner and his wife were nearing the completion of their work, something terrible happened…

Cue the dramatic start of Peridium, where Turner barricades himself inside a lab and must fight for survival and find a way out of his desperate situation.

Fungus and spores have become a bit of a go-to villain of late (a la The Last of Us, or The Girl With All The Gifts) and although they don’t feature especially prominently, the nature of airborne spores adds a great deal to the paranoia and suspicion of the plot, especially trapped in such a confined space.

The plot is largely communicated via a series of tense and agitated monologues from the protagonist, with the occasional interaction with another character. Peridium has an outstanding narrator, but has a tendency to over-rely on him, rather than show us the action. However, considering the game took less than a week to create, the reasons for this are clear.

Alongside the stellar voice acting, the minimalist score really adds to the mounting tension, particularly during Turner’s psychotic episodes. Given the limited surroundings that the game takes place in, having a solid score in place really does make all of the difference to providing an immersive environment for the player.

The mechanics are also great, really embodying the spirit of classic point-and-click adventures like Monkey Island or Sam & Max Hit The Road. Items must be obtained and utilised in much the same way as these games, but of course given the grittier realism of Peridium, these item combinations are rather more grounded – no trading gopher repellent for a carrot cake in this game!

And it hardly needs mentioning that Peridium is gorgeous – I mean, just look at the screenshots. It seems almost like a backhanded compliment to say that the graphics could have been straight out of a late-nineties LucasArts game, but saying so is intended wholeheartedly as a plus point.

I for one would love to see a fleshed out and expanded-upon version of Peridium, more fully exploring that remote and isolated research outpost. In just a few short scenes, Powerhoof communicate a strong framework and a powerful sense of paranoia and despair that are true to both the mechanical genre of classic point-and-click adventure games, and the narrative genre of sci-fi survival horror.

Joypad Joe
Joe is an eighties kid raised on a strict diet of SNES games. At level 14 he was fed a copy of Final Fantasy VII and evolved into a gaming glutton who to this day holds a tender place in his heart for classics and retro-style homages. When not glued to his PC, he can be found DMing a game of D&D near Preston. Twitter: @JoypadJoe