In a Kickstarter update this morning, SWD Tech games announced the official re-launch of their Kickstarter Campaign for their isometric turn based rpg Pixel Noir. In Pixel Noir you play the role of a nameless detective haunted by disgrace and unspeakable horror. In the seedy urban sprawl of Pinnacle City, there’s wrong-doing around every corner. You’ll have to use your detective skills to investigate the terrible events that soiled your good name in hopes to clear it once and for all. Engage in heated turn based RPG battles with thugs and use “Investigation Mode” to spot the shady characters for questioning. The game also features timed hits, which can deal extra damage to an enemy or to block damage to your own character. As you level you will gain special abilities which can enhance your in battle or out of battle detective abilities. You can even get up to three party members to help you on the case!

I’ve gotta hand it to the team over at SWD Tech for not giving up on their dream of creating Pixel Noir, after not reaching their funding goal with their initial campaign. I was actually surprised that the game wasn’t funded the first time (i mean who wouldn’t want to play a Noir turn based RPG?), but it seems as though the team has made the necessary refinements needed to bring this game to market in a new and interesting way. 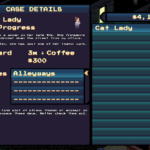 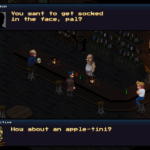 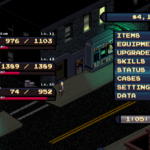 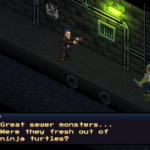 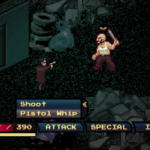 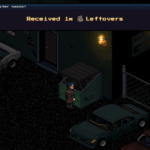 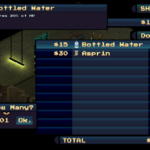 The Pixel Noir campaign will commence today, September 16th at 5pm EST. Head on over to Kickstarter and help make this awesome looking game into a playable reality! Who can you trust when you can’t trust yourself?