River City Ransom Underground: The fight of your life

Home » River City Ransom Underground: The fight of your life 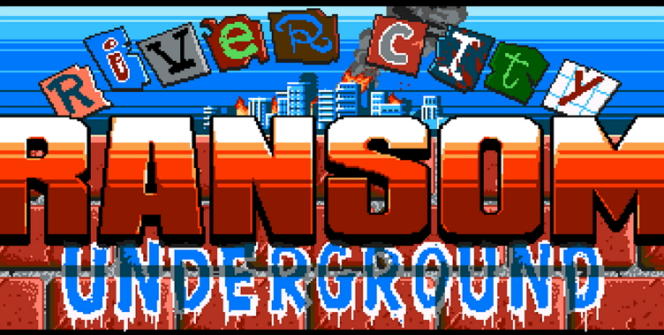 It’s so hard nowadays to find good modern beat em’ up games. Often times when digging through a somewhat limited collection of titles, I just give up and end up going back to the same ones over and over again. Classics like Streets of Rage, Final Fight, Double Dragon, and River City Ransom (to name a few), became the go-to names in the beat em’ up genre for their ferocity, challenge level, characters, design, and catchy as hell musical scores. These are by far some of my favorite games of all time. With so many phenomenal titles released that hit hard with 90’s retro gamers, and the only title really living up to this incredibly high standard (Scott Pilgram Vs The World), why has this genre become so neglected lately? That may be a question for another day, but if you feel the way I do about beat em’ ups, then you’ll be happy to know that the team over at Conatus Creative intends to change all of that with their release of River City Ransom Underground.

As the “officially licensed North American follow-up to one of the most beloved RPG beat em’ ups of all time”, River City Ransom Underground was funded on Kickstarter on September 9th 2013. This long awaited retro revival puts players once again on the rough and tumble urban streets of River City. Playing as famed characters Alex and Ryan, and a host of other playable characters, River City Ransom Underground aims to capture the spirit of this classic street fighter with a host of new features. Beyond features the game has some of great names working on it as well. Industry veterans like Yoshihisa Kishimoto (director of Double Dragon), and Rich Vreeland (aka Disasterpiece – FEZ, Runner2, Hyper Light Drifter) are also working to mold this game into a unique experience that old school and new gamers will love.

A worthy sequel needs to pay homage to the original, and this game looks to achieve just that. River City Ransom Underground will include a plethora of items, weapons, unique enemies, fighting moves/animations, playable characters, unique bosses, and RPG elements that will to add a ton of excitement and button mashing replay value to the games original format. This means tons more things to do and baddies to beat down in your travels. River City will also be much larger than anything you’ve seen in the franchise before. With tons of different buildings and areas to explore, we can expect no shortage of things to do in River City. RCRU will also feature both single player and online/local multiplayer modes which are exciting for fans of arcade style play, as well as online gaming enthusiasts too. For me, the inclusion of online multiplayer is a great addition. Scott Pilgrim Vs the World did not include this till years later and I personally felt that it held the game back from adding more replay value to the game. For closer look at River City Ransoms features, check out the breakdown below. 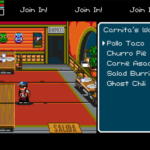 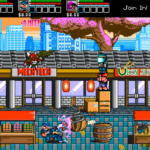 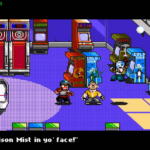 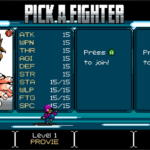 Though River City Ransom Underground has been tied up in development for 3 years, the game has always looked like the perfect successor to River City Ransom. Unlike many other Kickstarter projects that go dark after obtaining funding, Conatus Creative has always tried their best to update backers and their audience with new information about the games progress. This kind of transparency goes along way with setting the expectations of your backers and their overall interest in the project. I’ve personally been following this game since its Kickstarter launched and could not be more excited for this games release. It seems to have all the components of a truly memorable and exciting retro beat em’ up with all the modern features that would make a game like this a success in 2016.  With pixel art graphics, fun animations, online/local multiplayer, and nostalgia for days, River City Ransom Underground could just be the modern day savior of the beat em’ up genre.

Dust off those black leather fingerless gloves. Throw on your patched demin jacket. Prepare yourself. River City Ransom Underground is scheduled for release on Steam on February 27th 2017.

Will River City Ransom Underground be the savior of the beat em’ genre? Let us know what you think of the game in the comments section below!

Finally, after 3 years of development we now have a hard release date for River City Ransom Underground. In a Kickstarter backer update released yesterday the development team over at Conatus Creative, announced that the final release date for River City Ransom Underground would be February 27, 2017.  This love letter to Technos Japan title River City Ransom has had fans and backers waiting patiently to see more, only to receive radio silence from the Conatus during the games development. Conatus Creative’s initial Kickstarter pitch promised a game that will not only deliver on the nostalgic qualities of the original franchise, but would introduce modern gameplay mechanics that will keep things fun an re-playable for hours on end. This will include local and online multiplayer campaign mode, local or online area mode, awesome fighting moves and animations, unique level design, and many characters to choose from. It will be interesting to see how backers react in steam reviews to the high expectations that Conatus Creative have set for themselves with this game. With that said, I know that i’m super stoked on this game and will likely pick it up day 1 no matter what.

Check out the new launch trailer below!