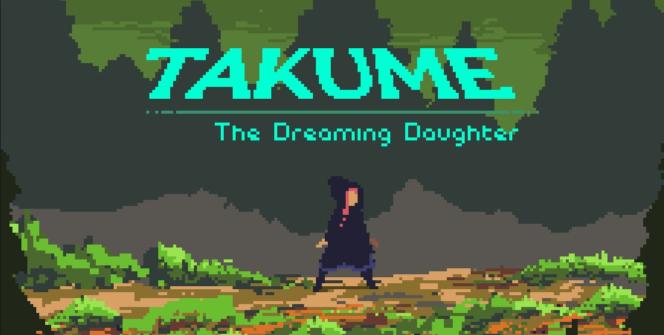 What makes a game good? Its graphics? Its storyline? Its mechanics? Or some combination of all these components and more? What happens if one of these is missing, or didn’t quite meet expectations? Is the game necessarily bad? Or something else?

These are the questions I had after playing Takume. A free-to-play game created by Talecrafter, the title was one I had followed closely on Twitter, eager for its release. I was immediately drawn to the gorgeous graphics and mystical nature that surrounded the game. I simply couldn’t wait to play it.

Players take on the role of Takume, a young girl in a mysterious land. The game itself is something close to a point-and-click adventure, although walking simulator would also describe this title. It can be played through in its entirety within five minutes, so it’s really worth it to play for yourself if you are interested.

The controls were extremely simple – WASD keys would move Takume, and clicking interacted with the world around her. There were no instructions posted on how to move the character, but that’s 100% all you need to know as there are no further controls to utilize. Everything moved fluidly and gracefully without any issues.

The graphics are gorgeous. This is what initially drew me to the game. There is something so beautiful about the character design, environment, colors, shadowing…literal pixel perfection. I am absolutely in love with these graphics and they are truly the crowning achievement of the game.

Unfortunately, the gameplay was a little confusing. I don’t want to get into too much detail since, again, it’s a free game and five minutes long, but the storyline became far too convoluted for its capabilities. It introduced too many items and people that seemed arbitrary at best – unnecessary was more like it. The moral of the story provided some great life lessons, but…something was off. Be it the storyline or the plot progression, I’m not sure, but I finished the game feeling a little unsatisfied.

What makes a good game? I think it depends on the genre. Obviously good controls and a glitch-free game are true across all boards, but some games don’t require a storyline or good graphics to be deemed great. Where the graphics of Takume exceeded expectations, the storyline fell short. And in a genre where story matters, Takume didn’t quite earn the right to consider itself a “great” game. Beautiful? Yes. Breathtaking? Certainly. Good? …it’s five minutes long. I’ll let you decide for yourself if it deserves that particular adjective. As for me, I remain unsatisfied, yet undecided.