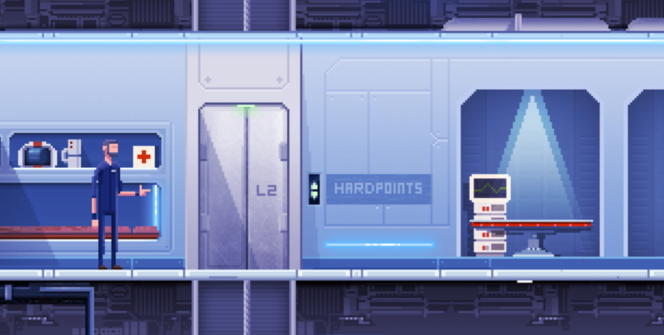 Explore The Void of Space in The Captain

Sysiac Games latest project called “The Captain”, is the lovechild of graphical adventure games like Monkey Island and Full Throttle, and also uses RPG and Strategy elements to craft a unique open world game play experience.  Released on September 22nd, the game trailer for The Captain, puts players in the shoes of a spaceship captain named Captain Welmu who sets out on a peaceful mission to Mars. Like many great works of science fiction have shown us in these situations, things tend to go very wrong. Captain Welmu suddenly disappears into the void of space, only to turn up again 100 light years away. Now, his only mission is to explore the vastness of space, and find a way home. Based on my first impression of the trailer, one thing is certain, players will be spending a lot of time alone. The trailers sense of solitude is chilling and has gotten my full attention. The Captain is something that I will definitely follow until the games full release. For those of you who would like to check out the demo, a free demo for The Captain is available on the Sysiac website.

Check out the The Captain game trailer above and let us know what your first impressions are in the comments section below!