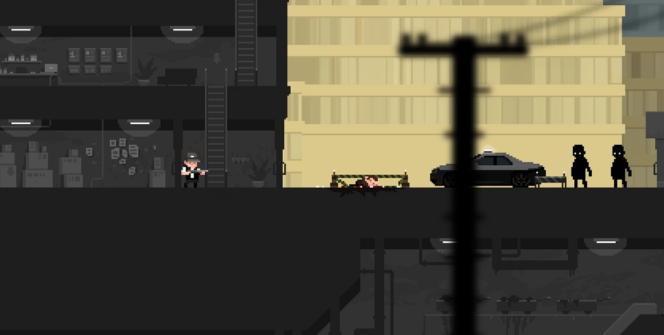 The Final Station – Locomotive of the Dead

I’ve always enjoyed commuting in games. The ability to move around freely without my bank account and I having a falling out is something that’s always been a dream of mine. The Final Station promises to be yet another game in which I get to live that dream. In it you star as an apparently nameless train driver whose job it is to ferry passengers around in a post apocalyptic world rife with the undead.

Sporting a pixel-art style akin to Gunpoint but with the jazzy noir switched for a more color sci-fi aesthetic the world of Final Station feels like the result of an eastern block nation, the world from the anime Desert Punk and a dash of final fantasy slamming into each other to create a genuine treat for the eye that looks like it’ll be a joy to traverse across.

The trailers and the demo have so far showcased two gameplay sections. The first being on foot where you pick up passengers in safe spots and clear out zombies with your trusty shotgun in less reputable areas. The second is where you drive your train between stations, making sure the engine is full of coal and conversing with in-game characters via your phone/messenger thingy in your driver’s cabin. The formerly mentioned on foot sections often feel very horror inspired, with your shotgun having a very finite supply of ammo and zombies coming screaming out of dimly lit rooms that only reveal their contents when you open the door to them, making building clearance a dangerous affair. 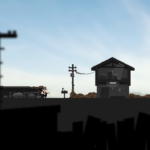 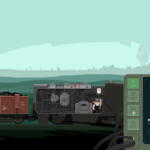 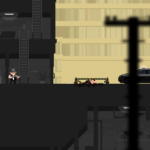 The information below is directly from the developer, Oleg Glauzer:

– Narrative Environment: We a bit tired of sad diaries and long notes scattered around locations, we believe that one fridge note can tell background story more effective.

– Zombie apocalypse is just the beginning. We trying to use zombies to make the game more understandable at the beginning, but a story takes a big twist in the middle and you start to explore and uncover what happened with world after it ends.

The world of Final Station also has a less end of days feeling than it would at first seem but instead goes for a more melancholic tone. Its world is one that has yet to fall apart but is slowly sliding towards that end and picking up speed. Conversations with passengers on your train and at stations help flesh it out and make it seem as if people are still going about their daily lives despite everything else.

All in all Final Station is a game that managed to grab my interest with only trailers and a brief demo. It’s set to get a kickstarter this fall and with what the devs have shown and what they’re promising I hope that won’t be its last stop.

Sean Couture, an ex Mouthlondon writer, is an avid lover of gaming, anime, and anything cyberpunk who spends his days correcting people on the spelling of both his for and surname. You can find Sean on Twitter @JohnJonhSewing.