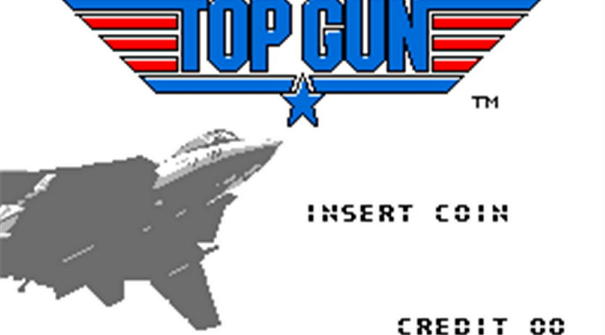 The iconic 1986 film Top Gun has been back in the news lately, largely because there’s quite a bit of chatter about a possible sequel. Today recently posted a photo of Tom Cruise and producer Jerry Bruckheimer after the two reportedly met to discuss Top Gun 2, and it now seems like a matter of when, and not if, such a movie will exist.

Given all of that, now seems like as good a time as ever for a look back at the history of Top Gun, not on screen but in gaming. Because there hasn’t really been a seminal Top Gun video game, many fans of the film might simply assume that it never really resulted in any gaming titles at all. But that’s actually pretty far from the truth. The reality is that Top Gun has inspired a pretty consistent run of games related either directly to the film content or aerial combat in general.

Perhaps even more surprising is the fact that a few of these games have actually been somewhat recent! Most notably, a game called Top Gun: Hard Lock was released in 2012 for Xbox 360, PS3, and Windows. It was a fighter pilot action game in which you could control a young pilot named Lance Webb after he graduates from the Top Gun academy (under the tutelage of Tom Cruise’s Maverick character). However, even more recently than Hard Lock, Betfair’s online casino added a Top Gun-themed slot to its collection of games. The game just launched a few months ago, and it allows players to enjoy a digital slot machine experience enhanced by images and even footage from the original film.

There’s a trio of other Top Gun games that could appropriately be called modern. The most available of the bunch is an iOS app by Paramount Pictures that you can still download. The game is meant for play on an iPad and essentially brings aerial dogfighting to life on a touchscreen in a way that’s satisfying from an action standpoint but a little bit lacking in substance. Additionally, there was a game called Top Gun released for Nintendo DS in 2006, as well as one called Combat Zones put out for the original Playstation back in 2001.

But the real charm in Top Gun-based gaming comes in the form of a few legitimately retro titles that helped to keep the concept alive from 1986 through the present. A 1998 PC game by Atari called Hornet’s Nest was a flop, but before that a couple of games were pretty worthwhile for fans of the film, or of fighter pilot action in general. Spectrum Holobyte’s Fire At Will game in 1996 (released for Windows) was a pretty action-packed option that let players control Maverick through a variety of missions around the world. And the 1993 Game Boy title Guts & Glory invoked a similar brand of action. However, it’s worth noting that Game Boy was perhaps more forgiving of the approach as a pure combat game rather than advanced flight simulator.

But it’s the really old Top Gun-related titles that can get a fan of retro gaming excited. These are The Second Mission, an NES title from 1990 (released overseas in 1989), and the official Top Gun game developed by Ocean Software in 1986 and rehashed by Konami in 1987, also for NES. You can get a feel for these games through a gameplay video on YouTube, and you’ll understand in an instant why it’s appealing for retro gaming fans. Crude, pixel-heavy graphics and amusingly simple sounds represent the best of the era, and the Top Gun game is a pure shoot-em-up piloting game at its heart. It’s actually oddly reminiscent of the film despite not having much in the way of story or graphics. It also may be the most enjoyable Top Gun game out there for those who appreciate something pure and simple.

It’s likely that Top Gun 2 results in some fresh gaming releases. But there have actually already been more titles related to the film than most realize, and a few of them have been a whole lot of fun.