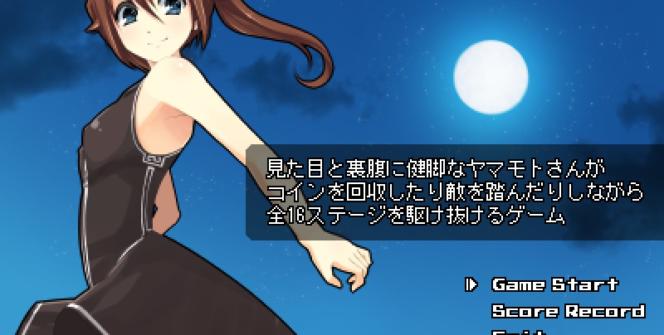 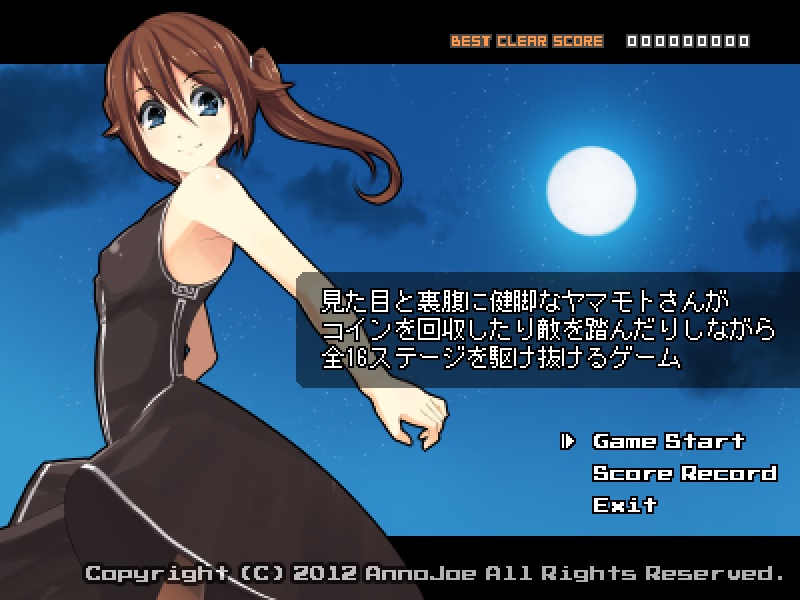 Yamamoto San is a retro themed, side-scrolling platformer by Japanese indie developer Yasuno Yuzuru, which sounds suspiciously like a pseudonym, but maybe very well be their real name. The game sees the player character, Yamamoto San, running and jumping through 16 stages of awesomeness in order to collect as many coins as possible. It’s a simple game, made for a little coffee-break fun, and even better is that it is absolutely free. And not in a ‘freemium’ sense either. It won’t cost you a cent. 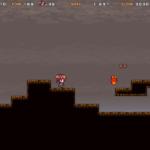 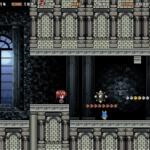 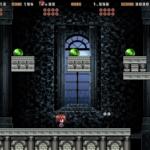 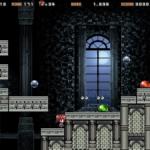 According to the creator’s website, Yamamato San was out on a stroll one day when she was whisked away to a faraway land by a roaming tornado. This sounds a lot like certain classic film where a young lady finds out that she’s not in Kansas anymore, but at the end of the day you’re not playing a cute little freeware platformer for the story, now are you? For what it’s worth the story is just there for flavor; it has no bearing on the gameplay itself.

Unlike most of the platformers found in the Japanese freeware scene, Yamamoto San doesn’t seem to have been created with any specialized game creation software. It’s been built almost from scratch. And thanks to that it plays really quite smoothly. Controls are spot-on, even if the only controls on the game are ‘run’ and ‘jump’, the character animations full of pseudo-8bit charm and the music provides a ‘where have I heard that before?’ kind of nostalgic soundtrack to the whole affair. With production values as high as these, it’s actually a little surprising that the game is free. I’ve seen worse on sale. At a mere 16 short levels the game is over before you know it, but still, the creator could have gotten a couple of bucks for their work if they wanted to. God knows I would have coughed up some of my hard-earned yen to play this game. 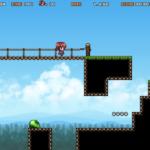 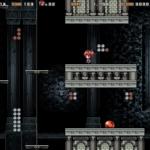 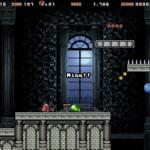 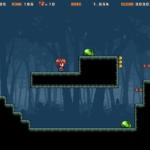 Yamamoto San is the definition of a platformer. You run, you jump from platform to platform, you collect coins and you hop on baddies to send them to video-game hell. It’s a tried and true formula which is pretty difficult to mess up, and Yamamoto San pulls it off with ease. The amount of enemies is actually fairly sparse, and they can all be taken out with a single swift kick to the head. Collecting coins is optional, and exist solely for scoring purposes. One thing you might notice at the top of the screen is the dreaded timer. I hate timers in games. But what might surprise you is that you don’t actually lose a life if the timer runs out. The timer too is there solely for scoring purposes. This means you can spend your first play through just worrying about finishing the game and subsequent attempts focusing on score.

I don’t think you will have much trouble finishing the game. If I could make one criticism, (and I shouldn’t really as it *is* free) it’s that Yamamoto San is a little too easy. You’ll blast through the first few levels with ease and will probably not run into any real trouble at all until you are halfway through the game. Some of the more hardcore platform junkies out there might actually be able to finish the game on their first try. To be fair, the first two or three levels act as a kind of tutorial. The tutorial itself consists of floating in-game dialogue boxes which explain how to maneuver Yamamoto San. Unfortunately these are entirely in Japanese. Fortunately though, you’ll find that the control scheme is pretty standard and will have no trouble picking it up. 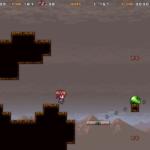 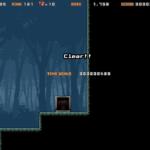 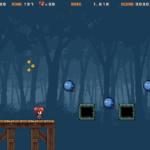 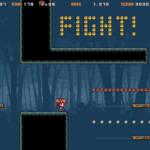 The arrow keys dictate direction, while the ‘x’ key jumps and the ‘z’ key is held down while moving to dash (used of course with a running jump). So more or less like Mario. I had played the game a couple of times before I thought to try out my game pad and, low-and-behold, it worked like a charm. The game will open in a window by default, and while there are no display options, you can force full screen the usual way (alt + enter). Running the game should be simple enough as the game consists of a single executable file. I’m personally running Japanese native Windows, but from what I understand this game will run on anything. Just click and play. Super simple stuff.

At the end of the day, Yamamoto San punches well above its weight for a freeware title. Yeah, it’s short and not much of a challenge, but it’s cute, retro as hell, and a whole heap of fun. And with a price tag of ‘nothing’ you don’t really have an excuse not to try it out. Visit the developers website to download Yamamoto San, or check out the trailer for the game on youtube!

What do you think of Yamamoto San? Let us know in the comments section below!