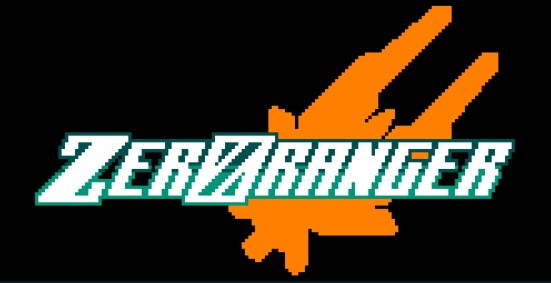 Hordes of enemies to shoot, check. Powerups that augment the gameplay in fun ways, check. Bosses that will take several tries to master, check. Zero Ranger has all the staples of the genre that inspired it. This is a true indie game, and it definitely deserves the place it’s scrolling toward in the arcade SHMUP wall of fame.

Zero Ranger, up until recently known as Final Boss, is a SHMUP in development by a small, two-person dev studio, System Erasure. What started as a passion project has turned into so much more; Zero Ranger started development almost 10 years ago between Eero Lahtinen and Antti Ukkola. A lot has changed from the initial videos from eight years ago and the most recent previews released last week and things are looking good.

In Zero Ranger, you play a fighter who is trying to become more, a Zero Ranger: Pilot of an awesome transforming mech. You are fighting off an invasion of an alien called Green Orange. As you progress you unlock new abilities to help further fend off the Green Orange front. The demo is the ‘training program’ for that invasion. This game was created with a love of the genre that really shines through. There are several Easter eggs stuffed in this game such as Arc Adder with his pesky options and his ripple gun.

There are two ship/mechs available in the demo and each one feels markedly different. Aside from the look, each ship’s attacks and upgrades act a little different. As you progress you get the choice between two options for your second and third attacks. The secondary fire can either be an attack that reaches behind your ship and provides a single, weak, bullet stream in front, or an attack that hits the sides of your ship but leaves your front vulnerable. The third attack is either a lock-on attack, or a charge attack. The Demo frustratingly ends as you unlock a third attack which promises to transform your ship into its mech form with either the drill or the sword attack shown in an older video of gameplay.

Pixel art is a dying style which is why it is always refreshing to play a game that captures the look as well as Zero Ranger. From the sprite work to the backgrounds, to the cutscenes, System Erasure has done a great job making the game look amazing. They also nailed the most important thing: this game feels great to play. Everything about this demo feels polished and complete. To top it off, the sound design is excellent. Each song puts you in the action and is a pleasure to listen to. Add in the sound effects and this game would be right at home sitting next to 1942 and Gradius in a dimly lit arcade. This game doesn’t beg for your quarters though, it makes you want to give them away with its flashy visuals, only using a spectrum of eight colors.

It features couch co-op and it plays just as smoothly as the single player experience. The only difference is it is harder to keep track of your player with the added chaos of another ship throwing bullets up screen. When one player loses their final life, a one up was thrown out. Add that up with the fact that the levels were the same as single player and didn’t the game wasn’t nearly as tough to get through.

The game is scheduled to launch on August 24th and I am excited to see what other content it will have to offer. With everything that System Erasure has wrapped into this game, it is a definite must buy for anyone who loves a good arcade bullet hell. Nothing to do now but sit and wait for the invasion to begin.

Check out the demo here

What are your first impressions of ZERO RANGER? Let us know in the comments below!

Bradford Wright
Bradford Wright has been a fan of retro gaming since it was just called gaming. Born and (mostly) raised in Alaska, the long winter months were perfect for warm, cozy NES-side chats. He prefers the comfort and convince of console gaming over PC. When he isn’t playing games or writing, you can usually find him in the mountains hiking, biking, or snowboarding.