First impressions for this Point-and-Click adventure!

A dark, mysterious castle looms in the distance as you approach by carriage down a long road. Upon arrival, you learn of the many hidden dangers that are sure to meet you on the treacherous journey ahead. Sent with a mission from God, accompanied by your ever-faithful dog, embark on this journey against The Vampire in this call back to the original Nintendo era. Enter: Castle Agony.

Agony is a point-and-click horror / mystery game developed by The Pompous Pixel, released late March on Steam. Inspired by classics like Resident Evil and the Castlevania series, this game strives to combine elements from many different sources, with influences even from Dungeons & Dragons. Learn the secrets hidden inside ‘Castle Agony’ and save more than just your soul. Warning: your index finger will be working hard. 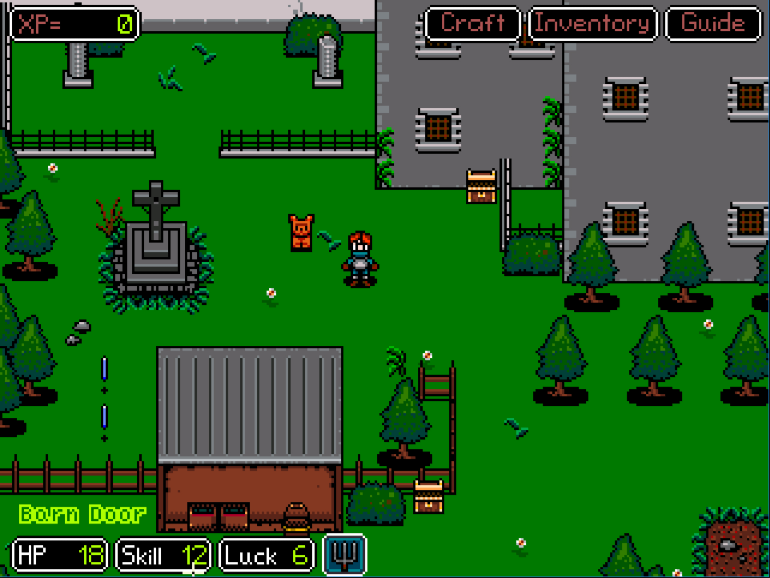 *Just outside the Castle, exploring the first open space in the game.

Easily, the first thing you will notice upon starting Castle Agony is the accurate (true to the era) sound design. The Pompous Pixel logo changes from an innocent looking person to a ghouly vampire; the soundbyte accompanying it?

A guffaw, a challenge, a you-don’t-know-what-you’re-in-for preface to a game that is sure to surprise. The title screen loads up and the classic soundtrack begins playing, a soft yet eerie arpeggio, setting the mood to what will be a dark and at times, a grueling game. 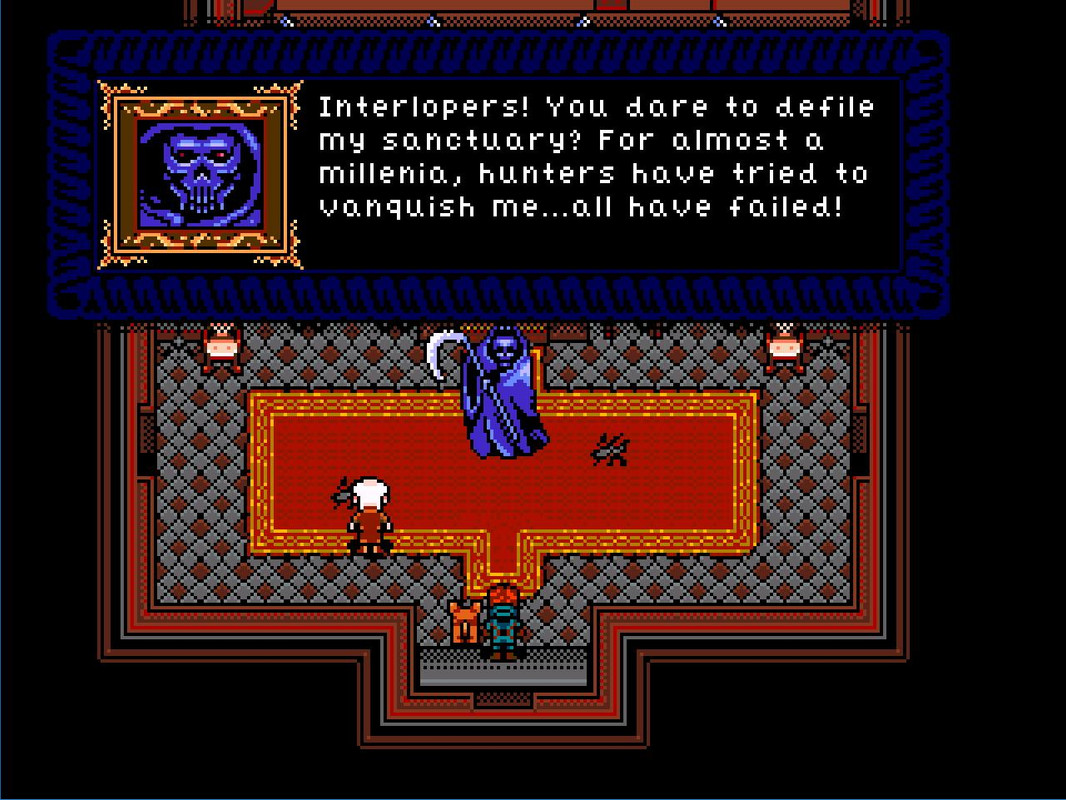 *The first encounter with The Vampire, upon entering Castle Agony.

The music changes once the adventure begins, and continues to change as you meet new enemies to battle and new areas to explore. The original soundtrack by Vesager provides the dark ambience right from the start, the opening area’s music was so catchy I found myself whistling along with the catchy tune after only a few minutes. Although the melodies themselves are small in variation and number, they provide a fulfilling listening experience.

I even played the music while writing this review.

As mentioned earlier, you have a dog which serves as a second playable character along this quest. Your dog is named Harry. He can fetch, follow commands, and can help with items and other tasks (like crawling through tight spaces and tunnels). Harry can retrieve items separately from the human and vice versa. Allowing for some flexibility in certain situations. 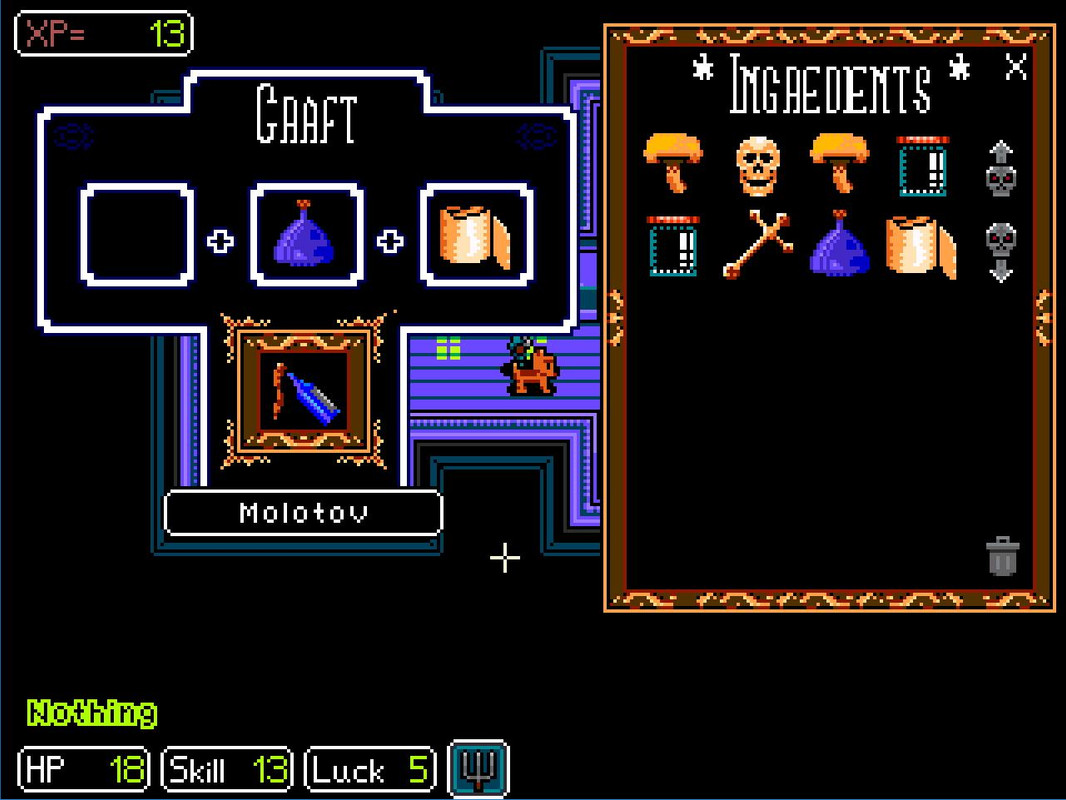 *The crafting menu, with a couple of slots to combine different items together.

A crafting system is used to create and combine different artifacts into useful creations. The items created can even be used in combat. Molotovs and Holy Water are included among other items.

Castle Agony features a turn-based, action point combat system. Attacks are based on dice rolls and these affect the different skills available to you during the battle. Limited to 5 ‘actions’ per turn, attacking takes 2 ‘actions’ and the chances of missing your attacks are possible.

The point-and-click style controls is a callback to a classic experience, as the player clicks on interesting items, chests, and other sights to further investigate or loot. Not much else is to be said about them, since the only actions which control the game are the two mouse buttons, other than a few shortcuts for menus and crafting. The dialogue is entertaining and provides the story and exposition through the accompanying human character. Color schemes change from bright colorful environments outside to murky and dark once inside the mansion. 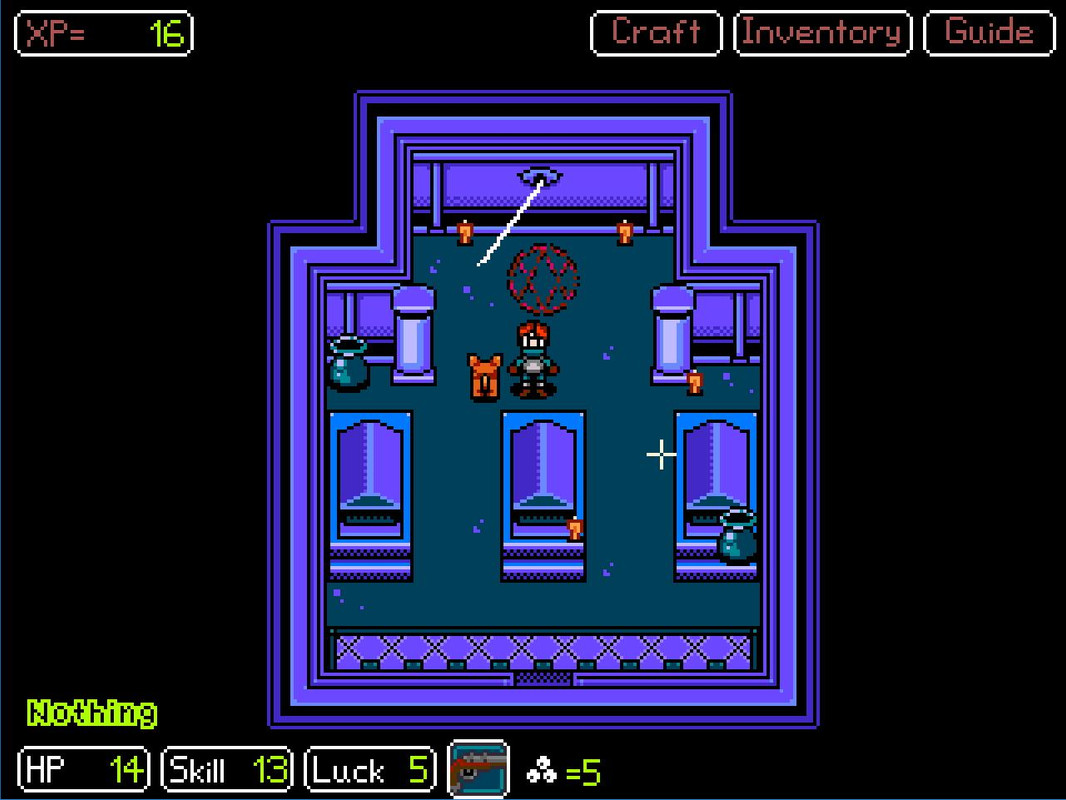 Although the visual design is solid, the frame rate crawls to emulate older video game systems, leaving some animations to look even choppier than probably intended. One example being the walking animation of the Harry (the dog). This is nothing major to the overall experience of the game, but was noticed almost immediately.

If the game is left unattended for about 5 minutes, say for a bathroom break, and you haven’t just hit a ‘Tome’ to save, you may be surprised to find the game unresponsive to your clicks. A minor bug, but one nonetheless. This did cause a bit of frustration, having to make up the progress which wasn’t saved. After the second occurence, I realized saving more often prevents further issues.

Castle Agony does a phenomenal job in setting the scene and immersing on different levels: visually, aurally, and mentally. Yes, this game is one that requires a keen eye for detail and some logical reasoning. Like many other point-and-click games before it, small details can offer large rewards if clicked on for investigation. 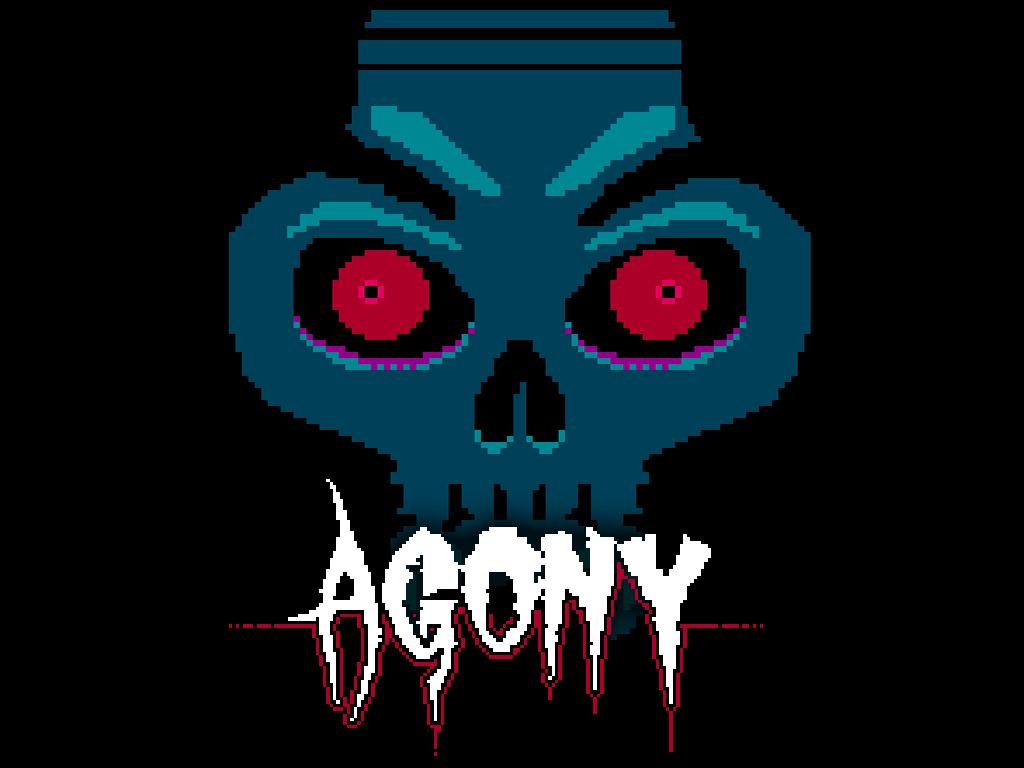 My first impression is overall a good one, with a runtime of about 3-4 hours, there is still a bit of the game left to explore. Especially considering I was clicking nearly everything in sight within each new area, I know there is a bit adventure left before the final showdown. However, the overall pacing of the game is slower than I personally enjoyed.

Between the frame rate, turn-based attack scheme, and adjusting to a point-and-click control scheme, this game wades at it’s own pace. If you’re into a precise method of contemplation and planning, this game should fill that niche for you. Personally, I prefer games with direct combat and a quicker pace, but this game was still a fun experience that I recommend.

Castle Agony, a game developed by The Pompous Pixel, is a worthy addition to your Steam collection. For a price point under $10, this game provides a unique experience, memorable storyline, and a visual presentation that is true to the era of gaming it takes after.

Did I mention you can play as a dog?