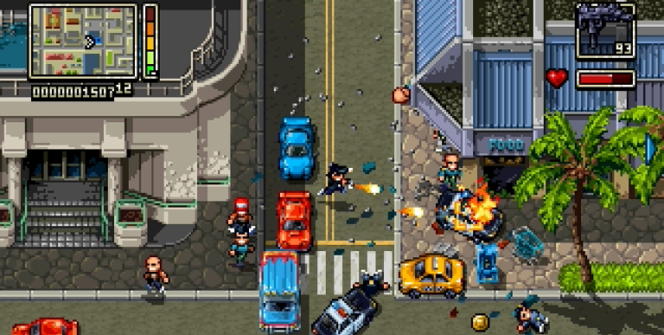 Vblank Entertainment, the indie development studio behind the chaotic 8bit Grand Theft Auto parody “Retro City Rampage”, has recently announced their next big release in the franchise – Shakedown Hawaii. Shakedown Hawaii stars the nameless “player” from Retro City Rampage and takes place many years later. Your character has come out of retirement to wreak havoc once again but this time on the streets of Hawaii. The game features destructible environments, awesome 16 bit graphics, 80’s style elector music, and an arsenal of weapons to keep the destruction level high! Fans of Retro City Rampage are going to have a field day with this one! Shakedown Hawaii will be available on December 5-6th at the PlayStation Experience in San Francisco, CA. It will also be coming to Steam, PSN and Nintendo systems.

Check out the Shakedown Hawaii game trailer below and let us know what your first impressions are in the comments section below!