Why simplicity is what makes games great

Home » Why simplicity is what makes games great 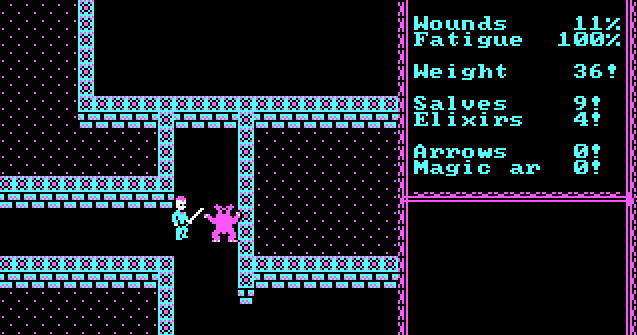 The indie games sector may be one that many critics claim encourages more experimentation, and more creativity, than mainstream titles. However, the weird thing about that free-range environment is that it is often the less ‘out-there’ titles that are the ones that go on to achieve the greatest level of take up.

The major developers may have the resources to test out and trial different versions of their latest offerings but that is a luxury that smaller developers simply don’t have. In the true spirit of the word, indie developers only have one chance to make it. For them, the prospect of franchised riches is a rare commercial jackpot. The goal is that crossover title that can leap to board games, themed casino slots games or any manner of merchandising spin-offs.

As often as not, for all the ground breaking that some developers might be prepared to attempt, the reality of the indie sector is that it represents an environment that is actually quite limiting. In a nutshell, if you don’t have the budget to blow on a second version of your game, you’re going to do everything you can to make sure you have something that is actually viable the first time around. It’s a scenario that has prompted PBS Digital Studios to query if the term ‘indie’ actually means anything anymore.

Given that backdrop, it is perhaps that little bit easier to understand just why it is that simplicity is so often the key to success. Day-to-day life is complicated enough. When we get down to play, something straightforward and undemanding is what most of us crave more often than not.

Professional chess players aside, there is a long history of keeping it simple being a key recipe for success. You only have to recognize that gambling games have stood the test of thousands of years to see how a straightforward formula really is all that’s needed.

Today, that formula is being put to good use by dedicated casino sites. A look at those online portals will show you that what is available is the digital equivalent of the machines your granddaddy would have recognized back in the day. The shift to the digital arena was perhaps inevitable given slots’ ubiquitous popularity. What has made these providers successful is their refusal to do away with a simple formula that, for whatever reason, just keeps on ringing the tills. And it is a formula that can be tweaked any number of different ways. As 32Red explain of digital slots, “the choice available online is almost limitless”.

32Red offer themed slots on adventure themes, fantasy themes, and recognizable cinema characterizations, including Game of Thrones, Jurassic Park and Immortal Romance, along with a host of alternatives. Common to them all is the basic architecture of spinning wheels and different winning combinations. To underline the point of this diversity within a simple formula, foxycasino.com offers over 200 different games and pinkcasino.com has almost 300. That is a lot of variation on a theme.

The tip of the iceberg

Of course when it comes to more action-oriented games, the formulas are not so rigidly evident. Some games don’t necessarily all stick to anything like the same script. But if we just take the most obviously successful titles as somehow representative of anything other than themselves we’re not going to get very far. Judging icebergs by the big obvious bit that sticks out of the water went out of fashion a long time ago.

If we’re talking about the bulk of indie offerings, then the reliance on simple, straightforward and familiar motifs has to be the order of the day. Whatever else it has to offer, I Can’t Escape: Darkness  – Darkness Puzzles You delivers pretty familiar horror shtick. Similarly, PotatoMan Seeks the Troof  is little more than a tribute to the classics of the 1970s. In these cases and more, any added complexity runs the risk of simply getting in the way.

Potatoman Seeks the Troof is a great example of how an old formula can be enlivened with just the right amount of fresh ideas. The faintly spiritual nature of PotatoMan’s quest – for all the constant threat of death-by-just-about-everything – gives the game a lightness of touch that, like all the best indie games, genuinely does offer something original and worthwhile whilst still making it thoroughly enjoyable.

It is in many ways comparable with those online slots providers who keep coming up with new characterisations and new motifs to decorate their spinning wheels but also stick to the formula of getting similar characters to line up on a set of spinning drums. The simple fact is that new and eye-catching elements only have to be skin deep to keep people coming back time and time again. To reference 32Red again, “maximum fun and reward” are the key ingredients. And that same principle applies just as much in indie games as it does anywhere else.

1 Pings/Trackbacks for "Why simplicity is what makes games great"