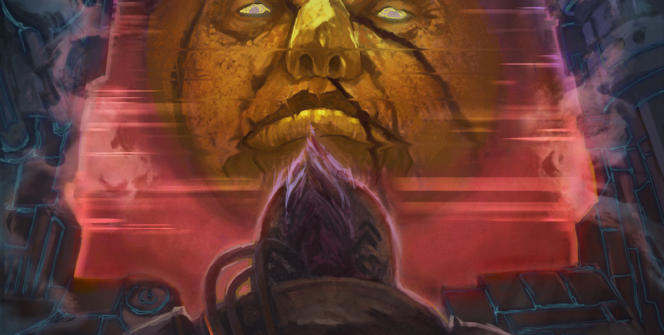 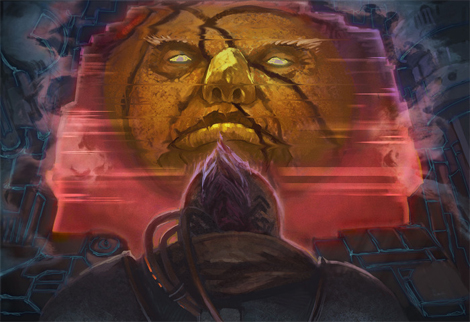 With the new year just beginning this can only mean one thing for gamers: A ton of new releases and projects in the works from independent game developers around the world. Many developers have turned to the fans to fund gaming ventures by utilizing Kickstarter to get their projects off the ground. Kickstarter has turned out to be an incredible way to get creative projects launched without the influence of publisher funding. It’s been incredibly successful for gaming projects such as Double Fine, Wasteland 2, Shadowrun Returns, many of which have actually blown their estimated goals out of the water (by 300% or more)! These fun indie games look exceptionally cool and i highly encourage everyone to check them out. I have, over the past few days come across a ton of really incredible independent games in the works and am more than excited for their completion and to get my hands on them.

1) Barkley 2 – an RPG Sequel to Barkley Shut Up and Jam: Gaiden 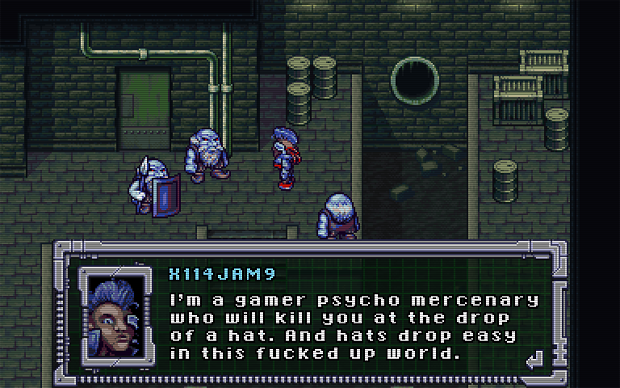 This sequel to Barkely Shut up and Jam: Gaiden, is an action RPG that puts you in the shoes of Hoopz Barkley, descendant of Charles Barkley and cybernetic badass baller. Hoopz finds himself aboard a shady space ziggurat Necron 7, with no recollection of who or where he is. These questions drive Hoopz to drift through a cybernetic wasteland in search of the “cyberdwarf” who will ultimately unlock the secrets of Hoopz past  and his future as well. Barkley 2’s gameplay is from an isometric perspective and possess 16 bit graphics taking us back to the sega genesis days. One of my main draws for this game is that the first Barkley game was hilarious and this one plans on being even better. Barkely is going to be a fast paced action game, set in a post apocalyptic universe, which is exploration heavy, is dependent on the choices you make, with fun characters, great music and a hilarious story. This just seems like a win for me! Check out their KICKSTARTER PAGE HERE! 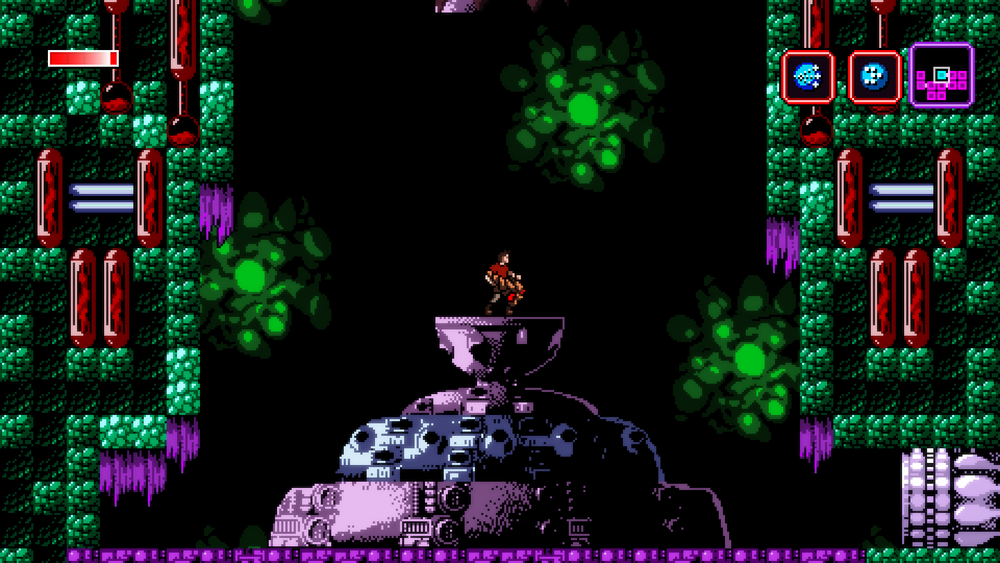 Axiom verge is a futuristic 2D sidescrolling Metroid-clone. Clearly this game takes influence from the 2D sidescrollers we all know and love, like Metroid, Castlevania, Contra, and in my opinion even a little of Street Fighter 2010. Not much is known about the game as of yet, but this little snippet was taken from creator of AV Tom Happ “You play as Trace, a relatively normal guy who suffers a fatal-ish injury, after which he wakes up in a strange, unsettling new world that is both high-tech and incredibly ancient.” Axiom verge relies heavily on exploration and destruction of your environment to find hidden items or passage ways. The game’s atmosphere is dark and creepy. Walls are lined with what look like highly technological machinery, while some platforms seem organic and vibrate with life. It is clear that there’s a ton of Metroid and Contra influence coming through in the art direction of this game, which is awesome! This is definitely one to keep your eyes peeled for in 2013!

Click Here to Check out the Axiom Verge Trailer

Stealer is a platformer that focuses on atmosphere and exploration. Stylistically, Stealer takes a ton of inspiration from the cyberpunk universe of Blade Runner, Total Recall, Johnny Mnemonic, and Robocop. The game seems to have beautiful cinematic cutscenes with an incredible attention to detail. Not much is known about this Stealer, but by judging from the trailer, you play as a robot in a highly futuristic city where exploration is a main gameplay feature. The pixelated graphics are incredibly beautiful, and really take the 8-16 bit revival to another level. I have a good feeling this games gonna get a ton of attention in the coming months! For more information about Stealer check out Indiegames.com interview with developer Winged Doom. 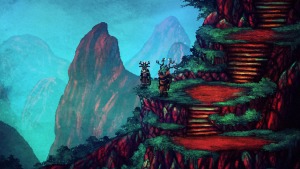 Sarcia is a game shrouded in mystery, and is steadily being developed by Michael Lavoie. This game is stunning graphically and takes a minimalistic approach, while being a very story-driven side-scrolling adventure game. The game revolves around learning melodic words and music to progress through the atmospheric dark pixellated areas. Apparently the game will be released in episodes as the developers do not have a very large budget for the game they can only get so much done so quickly. They are working on getting fan funding through Rockethub, which is a site similar to Kickstarter. Lavoie and co were even generous enough to give us a taste of this ambitious project with a free demo, you can find it here – SARCIA DEMO/TUTORIAL. These guys could have something huge on their hands but i really cant wait to see more of SARCIA in the near future.