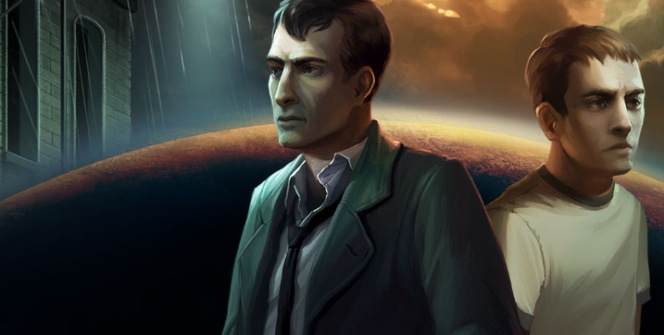 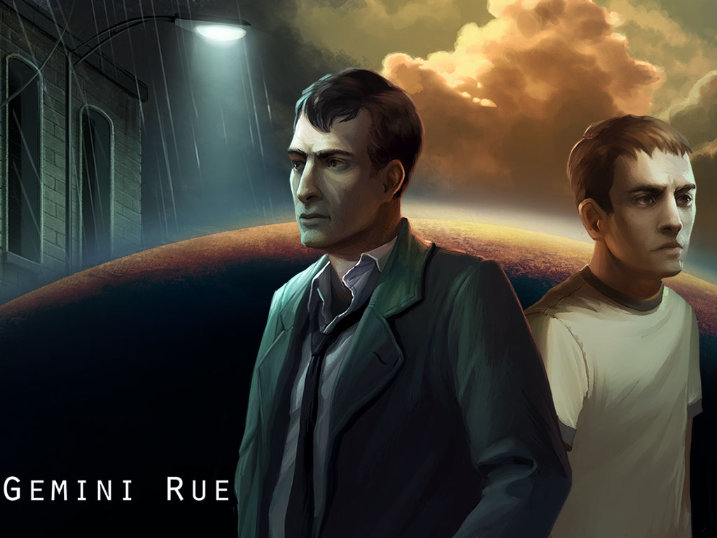 What makes us who we are? Is it our jobs, our friends, our dreams of the future, or our memories of the past? Could you hang onto the smallest fraction of our history together if your memory were erased? Would you even know yourself (who you are and where you’ve come from)? Are you happy with your life or would you do anything differently? These questions are the driving theme behind Joshua Nuernbergers Gemini Rue. Gemini Rue is an independent solo project released by Wadjet Eye Games on Oct of 2011 for digital platform STEAM. Gemini Rue is a futuristic cyber-punk / noir  point-and-click adventure game, similar to that of Blade Runner and Beneath a Steel Sky. The point-and-click adventure style has long since faded into distant memory (irony), yet for many fans of the genre it still holds true to being one of the best and most compelling storytelling platforms in gaming. Gemini Rue takes us on a journey through our most enjoyable memories of the genre with a dark film-noir edge. 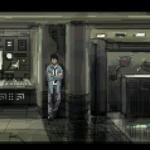 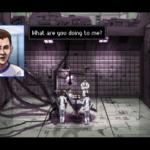 Gemini Rue starts us off in the shoes of ex crime syndicate turned assassin Azriel Odin, who in a very Blade Runner fashion, is on the most daunting case of his career: to find the whereabouts of his missing brother Nathaniel. Alongside your partner Kane, you set off onto the planet Barracus looking for clues and trying to retrace Nathaniel’s steps to uncover the mystery of his disappearance. Barracus is a dark, rainy, drug inflicted and crime rampant planet, which is mainly controlled by a syndicate group called the Boryokudan. The game gives the player two perspectives, that of Azriel Odin and that of Delta six, which at a few points in the game you are able to switch perspectives and play whichever one you’d like. Delta six is an inmate aboard a criminal “rehabilitation” facility called Center 7. You find that this facility was designed to recondition criminals by erasing their memories. With past memories of deviant behavior washed away, and no sense of self, the scientists are able to reprogram the inmates minds and create a new past for them, ones of decent members of society. During the play through of the game both stories crossover and uncover many questions about both Azriel, Delta six, and Center 7. I wont spoil anything, but a major plot twist occurs that really puts the game up there with other great point-and-click adventures.

The game play and atmosphere of the GR are only amplified by it’s music and 16-bit graphics. The graphics are comparable to Flashback for the Sega Genesis and PC with slight refinements here and there. The music is minimal and often times the sounds of rain or footstep echoes are all you have. This minimal approach however, does add to the overall dark tone of the game. Upon action sequences the excitement level is cranked up with gunfire and high tempo tunes that keep you on your toes. The general atmosphere and tone of the game is dark and rainy mixed with a sense of solitude, as you are on your own for many of the games play sequences. This is where the fun lies in the adventure genre. Searching for clues and tools is challenging and necessary in uncovering the plot. Exploration also yields quite a few hilarious Easter egg cameos by other “bounty hunter” types, so keep your eyes peeled!

Gemini Rue is a breath of fresh air to the futuristic cyber punk universe, with a heavily cerebral story line that strikes a philosophical chord that only Philip K Dick would appreciate. Who would you be, if your whole existence had been wiped clean?