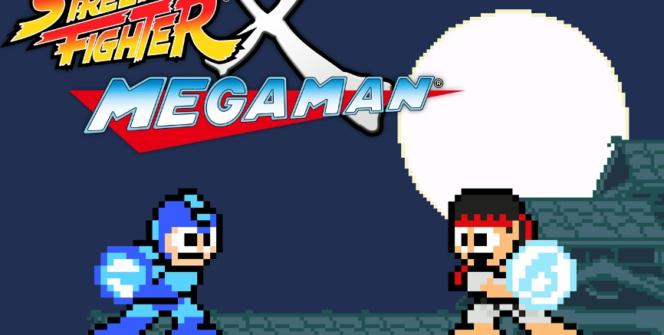 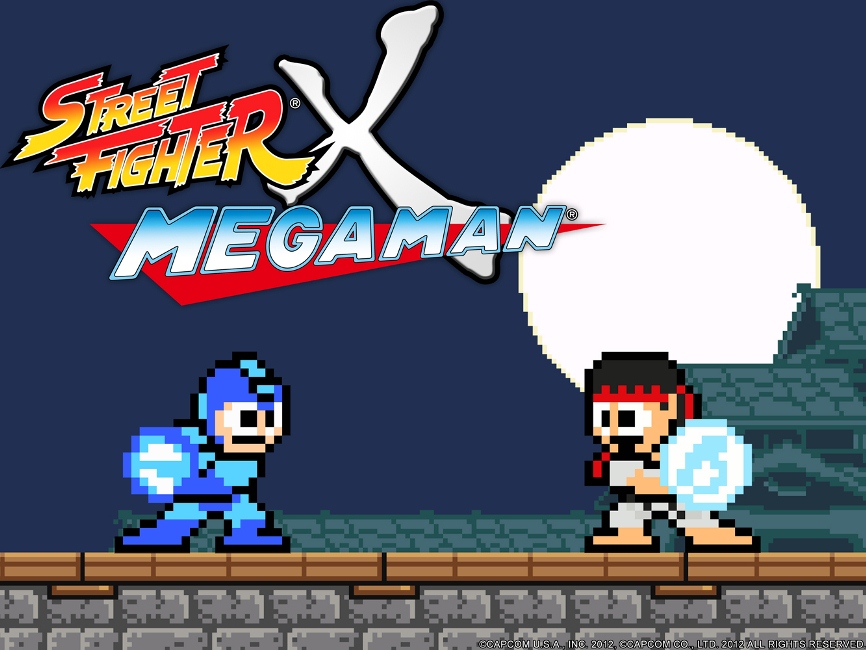 To celebrate the 25th anniversaries of Mega Man and Street Fighter, Capcom has released a brand new mash up – Mega Man X Street Fighter. SFXMM takes the 8 bit side scrolling fun we all know and love of Mega man and pits him against a series of Street Fighter bosses! This project was fan-made and was released Dec 17th 2012 for Free! Yes, you get do download this game for the PC for free! Being a huge fan of the NES Mega Man games and Street Fighter, for me this is nothing but awesome!

The game play of SFXMM offers moderately challenging stages, (which is strange because most MM games are extremely difficult), your standard array of weapons, a ton of different enemies, and a classic list of boss fights, consisting of many different Street Fighter Characters like Ryu, Vega, Blanka, and Chung LI. Stylistically, the game captures mega man exactly the way he should be. With 8-bit graphics and great level design, were brought back to the childhood days of playing NES in our parents basements for hours on end, getting lost and frustrated, but – determined in kicking this games ass. The music is fantastic as well and features street fighter theme songs redone chip tune style. In the past, whenever Capcom strayed from this formula with many of its later MM games, fans were not pleased and were often outraged about the style changes. Lucky for us, SFXMM keeps things in the classical mega man fashion. The game is really enjoyable to play, with a moderate challenge level, great tunes, and terribly challenging bosses (watch out for Chung Li’s special kick attack!)

At the end of the day SFXMM is more of an homage and celebration of the classic Mega Man franchise then an actual Mega Man game. I think the marriage of both franchises is really awesome and hopefully will pave the way for other fan created mash ups or even just fan created projects using old characters we all know and love! You can download it here!