Technobabylon is the Cyberpunk Adventure You’ve Been Waiting for

Home » Technobabylon is the Cyberpunk Adventure You’ve Been Waiting for 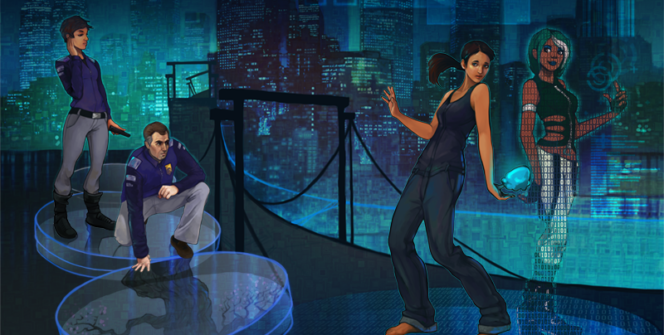 Technobabylon is the Cyberpunk Adventure You’ve Been Waiting for

Wadjet Eye Games is known for their excellent stories and innovation in the point and click adventure game genre. They have become the biggest players in modern adventure games because of their knack for creating familiar, interesting worlds, with complex and compelling characters. Their new indie adventure game Technobabylon, intends to take us on an emotional cybernetic roller coaster, in the vein of other popular cyberpunk fiction like Bladerunner, Snow Crash, and Neuromancer. Set in the high tech futuristic backdrop of Newton City, genetic engineering has become the status quo and the need for human interaction has diminished, all thanks to the Trance (the internet?). This dystopian city is under widespread control of an artificial intelligence named CENTRAL, which powers the entire city and keeps its entire population dangling by strings. Under CENTRAL’s control is the watchful eye of the CEL police force, which carries out CENTRAL’s, bidding. You play as two such CEL agents named Charles Regis and Max Lao. They are investigating a serial mindjacker who’s been hacking into the minds of citizens, stealing their knowledge, information, and memories, and then leaving them for dead. An agoraphobic woman named Latha Sesame might be this mindjackers next target. Will you get to her before he does? Her fate and the fate of Newton City are now in your hands.

With a story that is sure to have layers and pixel artwork that is of the highest caliber, Technobabylon may be the cyberpunk adventure game we have been waiting for. Technobabylon is set to release on May 21st, 2015, on PC (STEAM & GOG). Pre-ordering the game with get you a deluxe edition which includes the game soundtrack and concept artwork. 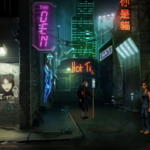 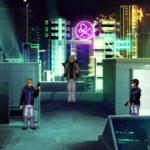