Everything You Need To Know About Trench Run

Home » Everything You Need To Know About Trench Run 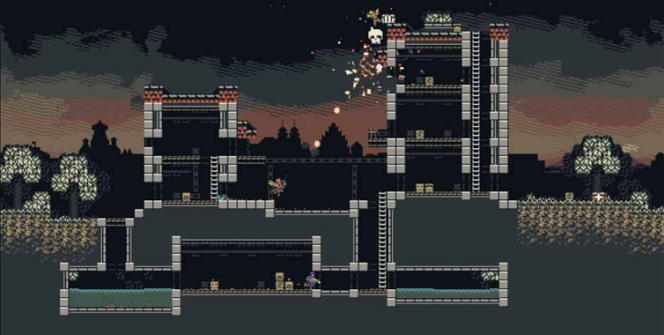 Retro multiplayer games like TowerFall and Samurai Gunn hit the indie scene in a big way. Providing players with multiplayer nostalgia, fast paced action, endless replay ability, and hours of fun with friends, battle games like these have seen a re-emergence in recent years. The next in this new line of side scrolling battle games is Trench Run by Transhuman design. Trench Run combines similar gameplay elements found in Towerfall or Demons with Shotguns, but has a retro-military “Rush N Attack” art design. Its simple design not only makes it easy to learn but fun to replay over and over again. It’s jazzy yet comedic sound effects and soundtrack, are reminiscent of retro games like Worms: Armageddon. This helps makes every perfectly landed kill highly enjoyable and exciting for everyone playing. Without further ado, let’s jump right into our guide and the best features that Trench Run has to offer!

Battle games are known for having different game modes to give players a variety of ways to kill, maim, and obliterate each other. Obviously, this is one of the best parts about them and why we love them so much. Trench Run offers this as well. Providing players both online and offline multiplayer modes, Trench Run is great for players who want to rack up big scores on the multiplayer leaderboards online, or who prefer to kick their friends asses for bragging rights on the couch. With 5 different classes to choose from Assault, Demolitions, Commando, Medic, and Sniper, Trench Run has a ton of ways to change up your gameplay style.

In Trench Run’s team based “Run” mode, up to 2 players will be able to do battle on a huge map. The objective is for one team to get from one end of the map to the other together. As you would imagine in a 2D game, this makes for some intense battle situations, with each team going back and forth, trying to gain more ground until someone wins. This mode is probably best when played online because of all the players that can join (and lack of local controllers).

Free for All Skirmish Mode

Trench Run has a total of 4 weapons (and secondary weapons) to choose from – the machine gun, sniper rifle, rocket launcher, and the knife. Each weapon has its positives and negatives and limited ammo depending on which you choose. The machine gun gives players a rapid fire weapon that can be relentless at both medium and short ranges and has a grenade as its secondary weapon. The sniper rifle is great at long range and is a one shot kill. The rocket launcher gives you the ability to lock on to an enemy and has a huge explosion that can take out multiple enemies simultaneously. The main drawback of using this weapon is that it’s slow and can increase your chances of committing suicide accidentally. The knife is well…a knife…but it’s really fast and actually really powerful. Med kits and ammo boxes can also be grabbed to keep you in the fight. If a player is knocked out during battle a med kit can revive you giving you a second wind.
After playing for a while, players will begin to accumulate coins which can be spent on drinks, cigarettes, pets, and customized costumes. 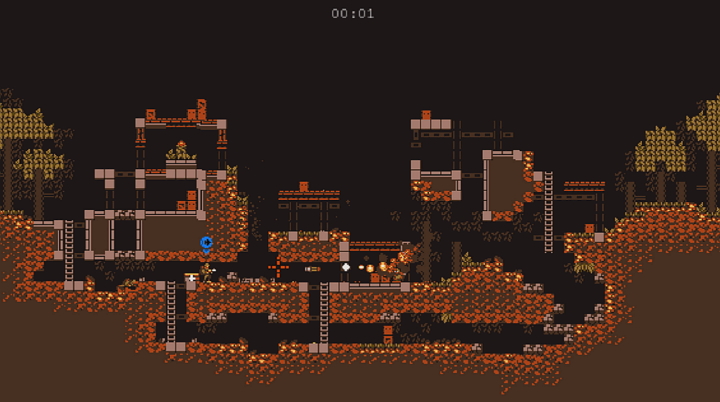 Simplicity and quick reflexes are at the core of Trench Run’s controls. Players will be working with directional pad for movement and jumping and 2 button system – one for shooting, and one for grenades/bombs. Since the controls are simple, your opponents will be quick to whoop your ass as fast as possible, so being the first one to master Trench Run’s controls is a must.

In Trench Run, the maps are drenched in pixels and are semi-destructible. This makes for some really fun gameplay as friends are tossing grenades and shooting rockets which change the battle landscape in real-time.
The art style, which looks pulled right from a classic NES, looks fantastic. It really plays to the games overall theme of simplicity. I don’t believe the levels are procedurally generated, but if someone finds out for certain please let me know and I will update this guide.

The cool thing about TrenchRun’s musical score is the fact that it doesn’t take itself seriously. Many other games like this have music that’s in line with the games theme, which in many cases give it a more serious tone. With Trench Run, the score is quirky and jazzy. I can’t help but feel another resemblance to Worms: Armageddon in Trench Runs music and I am really liking that a lot. Through its music the game again hammer in the idea of simplicity and overall FUN.

All in all Trench Run is a super fun game that though simple, is highly addictive. I have always been a huge fan of 2D multiplayer shooters / battle games like this and I hope we see more like this in the future. Just grab some friends, grab some beers, and get playin’!