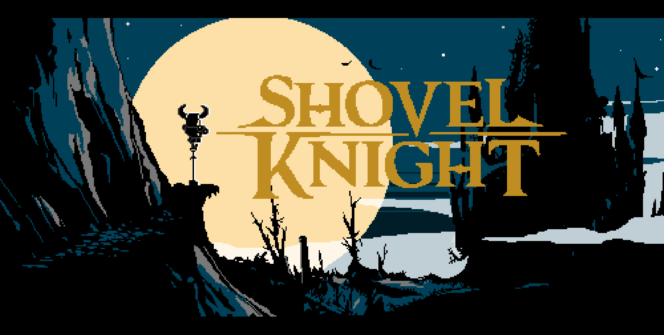 The team over at Yacht Club games must be dancing in there office chairs over the success of Shovel Knight, since its release on steam on June 26th 2014 (and they should be!). This nostalgic action adventure game has the look and feel of the Mega Man series and introduces a hero with an unusual, yet versatile weapon….the shovel?  This weapon not only allows you to attack enemies in various ways, but can also be used to dig, and help you perform a double jump like maneuver by bouncing off objects and enemies. Throughout the game you can collect a ton of different weapons, armor, relics, and magical abilities to help you shovel your way though hordes of baddies. The levels are beautifully detailed with a handcrafted modern 8 bit style, vibrant backgrounds, and animations. Stage selection is an homage to Super Mario Bros 3, where you can move along a gigantic world map and select the area you’d like to tackle next.

The greatest part about this game aside from its extremely high fun factor, is the fact that it doesn’t take itself too seriously. The narrative is lighthearted and full of hilarious dialogue that will keep you chuckling in between levels and big battles. The challenge level won’t have you rage quitting, but instead keep you incredibly addicted through the course of your game play experience. For those that beat the game you will be rewarded with a New game + feature, where you can keep all your loot from your previous play through. Overall, Shovel Knight answers all your prayers for what the retro gaming resurgence can be. I really hope we see more games that mesh fun factor and challenge as well as Shovel Knight does in the future! 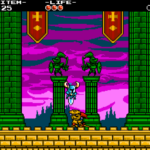 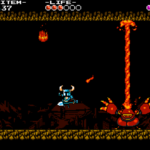 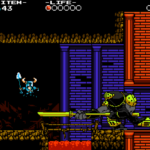 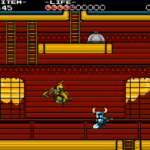 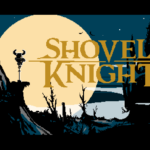