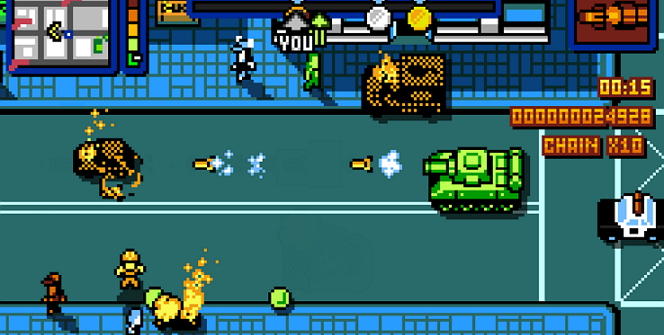 A few things never seem to go out of fashion: Mountain Dew, Cheetos, video games and shoehorning romance or social options into farming sims. Modern indie titles are bridging the technology generation gap, giving 30-somethings who fondly remember the Nintendo Entertainment System and its spinoffs bonding opportunities for the nerds and their geek spawn. These new indie games are revolutionizing the classics to teach a new generation life lessons, like where to stand in a lightning storm or how many nameless, faceless enemies you can kill before you have to reload.

Harvest Moon for the Super Nintendo got me hooked on strategy and sim-style games for life. It’s a game that, to this day, I can sit and play for weeks if not months. When the guys at Chucklefish picked up the classic farming sim genre with Stardew Valley, I was an early adopter. The indie title hits all the right notes, bringing me back to weeks lost growing crops, sitting in a sauna and romancing 8-bit ladies. The biggest difference between the two titles is the addition of combat to Stardew Valley, which actually delivers a fun minigame alongside the core experience. Otherwise, it’s the same core farming experience with a streamlined interface and a lot of subtle changes to many systems. Both games still get some things wrong about farm life, however. Stardew Valley’s guinea-pig-fanatic gamer girl Abigail lovingly advising me to stand under a tree during a lightning storm, for instance. Then again, I always suspected that one of wanting to get me into a suicide pact. I just figured the mines would be involved somehow. Or aliens.

The Iconic Platformer: Mario to Braid

Few game characters have the clout of the Italian plumber. Mario’s already been the subject of one movie, and rumor has it that on top of Nintendo World in Japan and worldwide tours to promote Super Mario Odyssey, he’s negotiating a new animated film. Braid is one of the subjects of Indie Game: The Movie, but that’s not even where the similarities between the titles begin.

The creator of Braid clearly couldn’t get enough of the plumbing paisano, and the platformer genre he invented is polished to a neat chrome shine in the indie title. He even took the time to build a Donkey Kong tribute into the game, just in case you weren’t sure of the inspiration. The iconic platformer has changed in many ways, but Braid brought the original version back into the light.

Put a gun on Mario’s arm. Give him the ability to steal powers without ingesting strange forest substances. Now you can see how the Blue Bomber, Mega Man, also owes a lot to the overlord of overalls. Platform-based shoot-’em-up’s became their own offshoot of traditional platform games by giving the hero a new role, and few games personify this the way Mega Man has. Shovel Knight brings back that classic gameplay, running, jumping and pummeling enemies in ways that give the Blue Bomber a run for his money. I’m pretty sure we’ve seen that Drop Spark before, and the full-health requirement reminds me of another classic NES title, something about the legend of a narcoleptic princess and the adventures of her orphaned, speech-impaired friend. Now if only we could get Shovel Knight in a Brawl title to see what he could really do.

Partially because it’s fun to follow the evolution of this type of game, the platform shoot-em-up eventually evolved into a form commonly known as Metroidvania. This genre offshoot emphasizes the combination of tools and platforming puzzles instead of button mashing to avoid pitfalls or fireballs.

Castlevania and Metroid are two of the standout titles in a lineup that includes tens or hundreds of games that make use of this gameplay. Games like Hollow Knight and Unworthy hearken back to the classic roots of Metroidvania with a return to Nintendo Hard bosses and challenging gameplay.

The sillier entries of recent years are all but forgotten as these games return to the classic macabre settings and innovative gameplay that made Metroidvania one of the go-to gaming styles for decades. 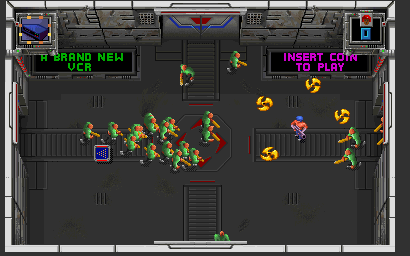 “Top-down shooter” is the name the journalist-types love to give to the genre that spawned Smash TV in the arcades and Super Smash TV for home consoles, but most people know it as a bullet curtain, a bullet hell, or a twin-stick shooter. Smash TV made the genre famous with its blood splatter and swarms of enemies as well as the snide emcee who can’t get enough of the bloodshed your characters are inflicting on his killing floor. 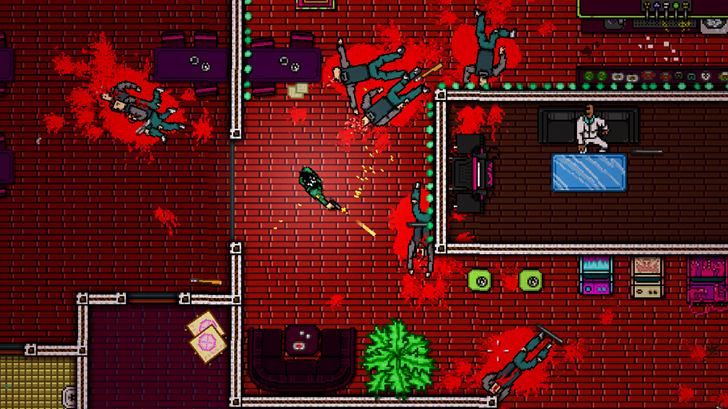 Hotline Miami took that splatter to a whole new level. Just as Smash TV threw hundreds or thousands of uniformed soldiers at you without any care, this indie title takes that and doubles down with as many business-suited mobsters for you to mow down in your quest to umm … well, let’s just say don’t skip the bonus level. It’s got all the shock value of battling the emcee in Smash TV, which was truly an iconic moment for that title. Bonus points to Stardew Valley for also including a.classic-style twin-stick shooter as a minigame. It’s Abigail’s favorite.

These are just some of the game genres making a comeback thanks to the efforts of the indie community. If you liked the indie games, check out the originals. Old-school gamers looking for a fresh challenge or to relive their lives on the farm (or their days on the killing floor) should check out what the kids are playing these days. It just goes to show that when you become an adult, whether you grow up or not, you’re likely to see your favorite things come back retro-cool.

Brad Robbins
Bradley Robbins is an old-school gamer who never lost touch with the gaming scene. From his first ColecoVision to the PS4 Pro, he's always had a love affair with RPG, strategy and fighting titles. With over a decade of experience as a copywriter & blogger, "Scratchpad Brad" is back in the writing game after a few too many years in a cubicle slaving away on a team of overnight search zombies, for real! Catch him on Facebook or Twitter.